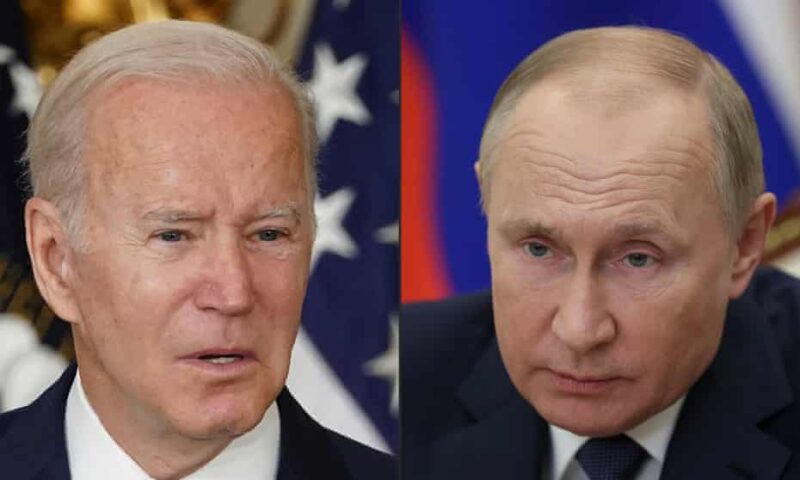 National security adviser Jake Sullivan questioned whether a meeting between President Joe Biden and Russian President Vladimir Putin would actually take place as the U.S. maintains its belief that Russia is on the precipice of invading Ukraine.

“But every indication we see on the ground right now, in terms of the disposition of Russian forces, is that they are, in fact, getting prepared for a major attack on Ukraine,” Sullivan said.

French President Emmanuel Macron worked to broker a meeting between Biden and Putin amid fears that an invasion was imminent. Both leaders “accepted the principle of such a summit,” to be succeeded by a broader meeting that would include “relevant stakeholders to discuss security and strategic stability in Europe,” according to Macron’s office

Kremlin spokesman Dmitry Peskov said on Monday that while it was “feasible” a meeting regarding Ukraine would take place, “it’s premature to talk about specific plans for a summit.”

The U.S. said that if Russia invades Ukraine before the meeting is scheduled, it will not take place. Biden said on Friday that believes Putin has already decided to invade, and U.S. Ambassador to the United Nations Linda Thomas-Greenfield warned on Thursday that Russia was “moving toward an imminent invasion.”