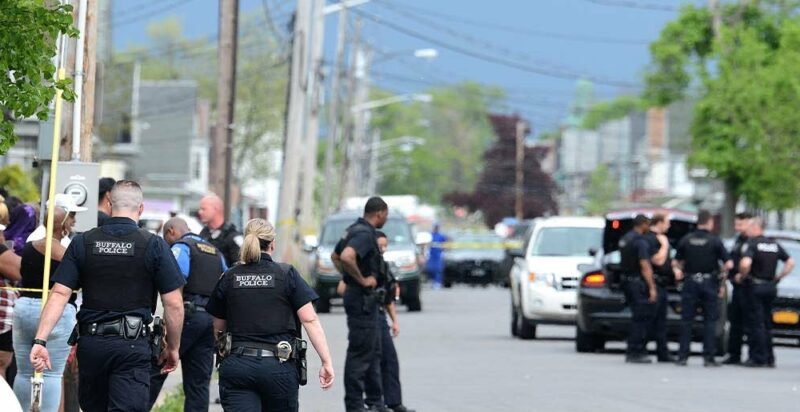 A mass shooting in Buffalo is being investigated as a hate crime after a suspect gunned down at least 10 people in cold blood while live streaming the attack.

18-year-old Payton Gendron was arrested Saturday and is now being questioned by the FBI after going on a shooting rampage at a Tops Friendly Market grocery store with a semi-automatic weapon, leaving 10 people dead and several more injured.

Officials say Gendron traveled some distance to the predominantly African-American neighborhood. He also posted a lengthy manifesto on social media before the attack declaring himself a white supremacist.

In an especially disturbing twist, Gendron was live streaming the entire massacre on Twitch as he went around shooting people at close range.

Buffalo’s mayor, Byron Brown, called it an “unimaginable nightmare” … and the Erie County Sheriff John Garcia said it was “pure evil” and a “straight up racially motivated hate crime.”

All in all, 10 are reported as dead so far … and an additional 3 are injured. There are reports that an armed security guard opened fire on the guy, but the shooter was wearing body armor … they then fired upon and killed the guard in return.