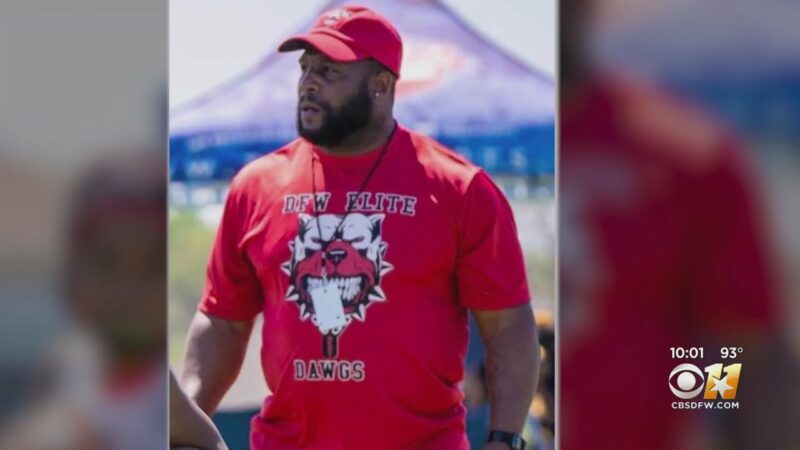 Lancaster is mourning the loss of Mike Hickmon, a Little League coach who people are describing as a pillar of the community.

“They took a great, a great person who wanted to help the community and wanted to better us as people,” friend and fellow coach Heith Mayes said.

Friends and family formally identified Hickmon as the man who was killed during a Little League football game in Lancaster Saturday evening.

There was a fight on the field following a disagreement between the coaching staff and the officiating crew. Police said that’s when Talib Salik Talib, brother of former NFL player Aquib Taib, pulled out a gun and began shooting.

“It was too extreme, I wasn’t expecting that,” Mayes said. “I was so close I thought I was shot.”

It all transpired in front of the young kids – some younger than 9 years old – who were playing and watching the game. Another coach said many of the kids were left scarred from this.

“Half of them couldn’t sleep,” Mayes said. “They’ve been crying, worried, don’t want to play football. I mean what can you expect they nine, they babies?”

Friends of Hickmon said he coached football for years and that they now feel lost without him.

“He was very loved in the community,” Hickmon’s friend Glenn Richie said. “Everybody loved him and his son. Everybody looked up to him as a good father… We learned a lot of things from him.”