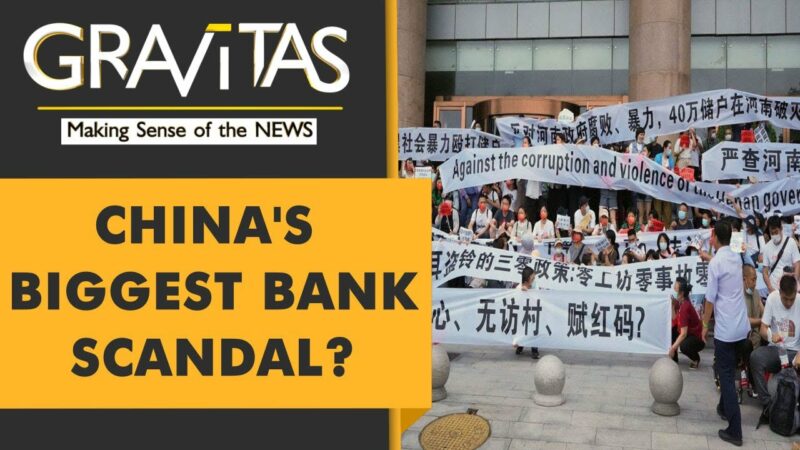 Hundreds Of Protesters In China Fed Up With Banks Freezing Accounts

Angry crowds of Chinese bank customers demonstrated outside a bank on Sunday over frozen bank accounts that have remained frozen for months in the Chinese city of Zhengzhou.

The protesters are among thousands of depositors who found that they could not withdraw their money from the accounts for months due to an upgrade of the bank’s internal systems.

Police warned protesters that they were illegally assembled and authorities would detain them if they did not disperse. A banking regulator and a local government official showed up to address the crowd, but protesters shouted them down.

When security began to disperse the crowd, protesters threw objects, including water bottles, at them. Protesters were pushed and dragged off the bank’s steps by plainclothes security teams.

Demonstrators were taken to various sites and forced to sign letters vowing they would no longer protest at the bank.

Four banks in the Henan province froze deposits worth up to $1.5 billion in mid-April amid China’s recent economic downturn, leaving thousands of citizens in the Henan and neighboring Anhui province unable to access their bank accounts.