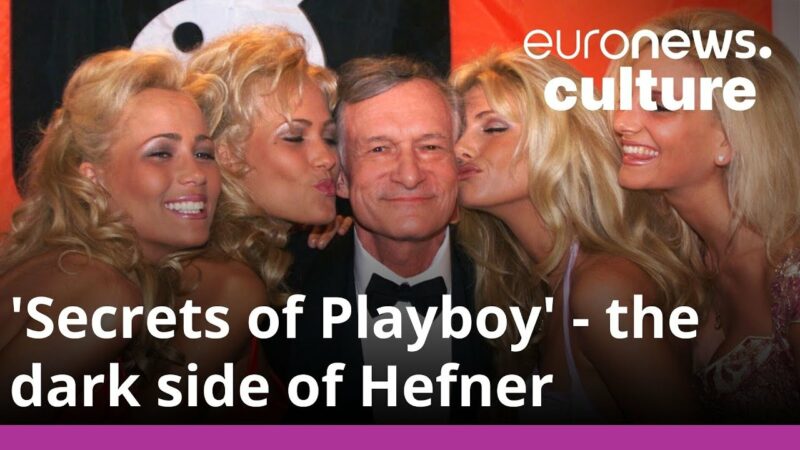 “The real Hugh Hefner, he could have been a great man. He did a lot of great things but I watched him slip into this madness as the years progressed and towards the end, it scared me,” Theodore said. “I saw a man obsessed with sex, couldn’t get enough of it, and it wasn’t ever enough for him. He got bored easily and the taboo was something he searched out.”

The former playmate claims that she had caught Hefner having a sexual encounter with her dog.

“I walked in on him with my dog and I said, ‘What are you doing?’” Theodore recounted in the upcoming A&E Documentary “Secrets of Playboy.”

“I was shocked,” she added. “He made it seem like it was just a one-time thing, and that he was just goofing off. But I never left him alone with my dog again.”

“He had this way of making everything go away and questioning yourself…He said, ‘Do you think that they can just stay in my house and not sleep with me?’ And that was, Whoa!” Theodore claims. “Would you have dinner guests and expect that of them? No. It was just so cold and callous and not the man that I’ve fallen in love with. I didn’t know who this man was. But then he became the man, his charm, his words, and it reeled me back in and that’s how he kept me there. He kept painting this fairy tale to me, and making me question what I’ve seen. He had a way of twisting my world really badly.”

Theodore said that what finally ended it for her wasn’t so much what he said but “how he said it.”

“It was like cold water being splashed in my face, and once my eyes were open, there was no going back. I started questioning things and remembering things and I was like, ‘My god, I was 19! How dare he have used the love I had for him — because I had fallen in love with him — against me like he did for his benefit. And why I didn’t come out — I mean, my parents, my family, my children — it wasn’t the right time,” she recalls. “The Me Too movement came along and all of a sudden we had a voice and we would have been listened too. We tried for years to come out with our story and we were blocked.”

Theodore also said that Hefner’s “greatest gift was his charm” and he had turned himself from a scrawny kid into a leading man.

“He reinvented to be this alluring man, and if you ever watch him closely, they’re very practiced moves and maneuvers and facial expressions and he had his story down,” she said. “And he loved the romance. He loved the romance of it, but was he romantic? No, not really. He was practiced at it and it’s the same story over and over from decades of women. But their faces all change. He remains the same. We’re getting older, of course.”

“By the time we finally broke up, I was tired,” she shares. “He had used me up and I started questioning — and I was 25 — my brain had come together. He didn’t like being questioned and another girl stepped in because every girl who came in wanted my position, but they never were a threat to me,” she says. “This one pretended to be my best friend but what she wanted was my position. So it was an easy transition. I left there broken. They didn’t have words like post-traumatic. That didn’t exist. There was no social media. I couldn’t tell my parents and I didn’t understand why I was a wreck. But now I know I’ve been traumatized and it still affects me, but I’m aware of it and like I said, I’m not gonna let him win. I’m gonna fight back and make a difference for what I experienced.”

Another Hefner former girlfriend, Holly Madison The Girls Next Door star, participated t in the Secrets Of Playboy docuseries and also claims she was a victim of Hefner’s controlling behavior, and that sedatives were part of Hefner’s seductive techniques.

“Hef offered me Quaaludes on the first night and I didn’t want to take any and I never did. But I saw him offer them to many girls every night we went out for a couple of years,” Madison claims.

Theodore also alleges that Hefner “took acid every night for the last year of our relationship. He put it in my mouth and expected me to too. He turned his head, I spit it out onto the floor.”

Meanwhile, Kendra Wilkinson, who also starred in Girls Next Door as one of Hefner’s girlfriends, continues to defend Hefner, saying that she never felt used or abused.

“Honest to god, I never saw nothing that has ever been ‘dark,'” Wilkinson says. “I mean, look, it is taboo to be with an older man with five girlfriends, OK. I get it. All I saw living there was parties and fun, and I guess that is what I was there for. That is what I did. I just had a good time. I never saw anything that stuck out as dark. I didn’t. Sex is sex.”

Theodore, though, doesn’t believe Hefner “ruined” her, saying “I’m not going to use the word ‘ruined’ because that’s implying he won. I was able to pull myself up by my bootstraps and hold onto my hope and my joy and it wasn’t easy.”

“My kids are still confused, but in the long run, they’ll respect me for being more than the girl who took off her clothes for Playboy,” she adds. “I had guts to speak out and sacrifice myself in doing so to make a difference.”

Isn’t that how Biden hurt his ankle? Butt banging his dog?