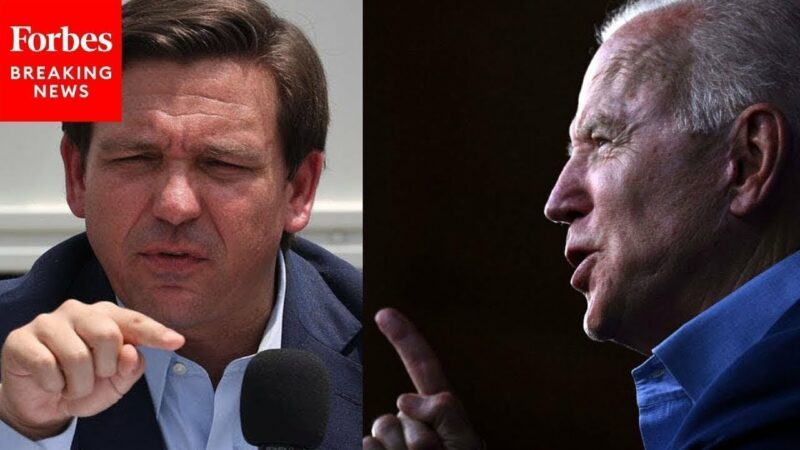 In a statement, Florida Governor Ron DeSantis said he was “very, very concerned” about Democratic President Joe Biden’s decision to restrict the delivery of monoclonal antibodies to states, citing an increase in demand from states in the southern United States.

“What the HHS and the Biden administration is now doing is they’re saying that all of the reduced amount will go to the state, and we’re responsible not only for sourcing our sites, which we’re happy to do, but any infusion center, any provider, any hospital will have to come through the state, and to just spring this on us starting next week, we’re going to have to do that,” DeSantis continued. “There’s going to be a huge disruption and patients are going to suffer as a result of this.”

Asked if he would “work like hell” to ensure that Florida “can overcome the obstacles imposed on us by HHS and the Biden administration,” DeSantis responded that treatment has saved lives in the state. He also stated that the treatment had saved lives in other states.

“To just kind of pull the rug out from anyone a week after the president himself said they were going to be increasing the distributions by 50%, it’s very, very problematic,” DeSantis said. “What I am doing though, is we’re going to try to cover the bases.”

DeSantis indicated that he had a phone conversation with executives from GlaxoSmithKline yesterday and that he believes Florida will be able to acquire their novel monoclonal antibody straight from the company, avoiding the need to deal with Biden’s ban on the life-saving medicine.