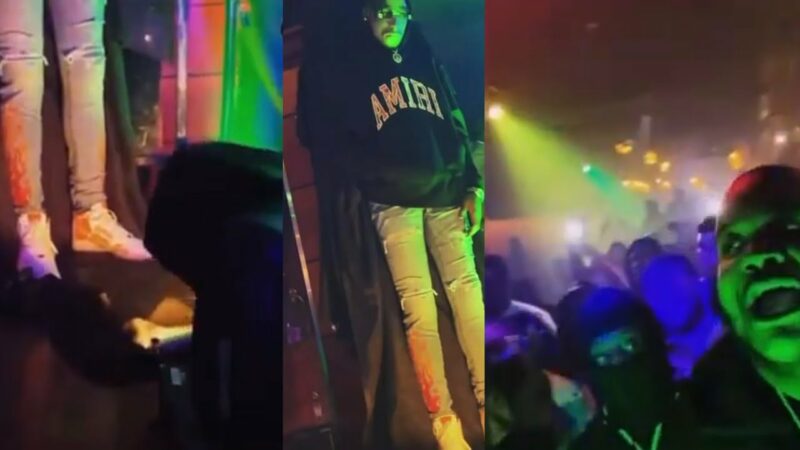 Family Celebrates Goonew’s Life By Partying With His Corpse

Family members are standing by their decision to prop up and display a young rapper’s corpse in a Washington, D.C. nightclub on April 3 while loved ones danced around him.

Bliss Nightclub hosted the celebration, and a video of the embalmed, upright corpse quickly spread on social media. Twenty-four-year-old rapper Markelle Morrow, known by the stage name “Goonew,” was shot and killed on March 18. His mother and sister defended their decision to display his body during a celebration of his life, and said it was what he would have wanted.

The slain rapper’s mother, Patrice, and his sister, Ariana Morrow, explained to fans that all aspects of his memorial were planned with Goonew’s personality and preferences in mind.

“My mom made it very clear, she said ‘I don’t want it to be a funeral it’s his last show… I don’t want nobody to ever look down on my son,’” Ariana said. The decision was then made to prop up Goonew’s embalmed body and present him to his loved ones in an authentic way.

The family said the funeral home helped them in creating their club-themed memorial and even suggested a crown be placed atop Goonew’s head as a nod to the way fans used to reference the artist as “The King Of Maryland.” Patrice and Ariana went on to explain they had dressed Goonew in his usual style and commented on the fact that dressing his body in a traditional suit would have been “fake and phony.” The family stated that Goonew did not attend church, so a church service didn’t seem to be an appropriate setting for the event.

Goonew was fatally wounded during a shooting on March 18 in Prince George’s County, in what the family believes to have been an armed robbery.

After the celebration, a horse-drawn carriage took Goonew’s body through his neighborhood and to his final resting place.

“He was the life of the party, so that’s why I sent him home that way, having a party,” the rapper’s mother said.