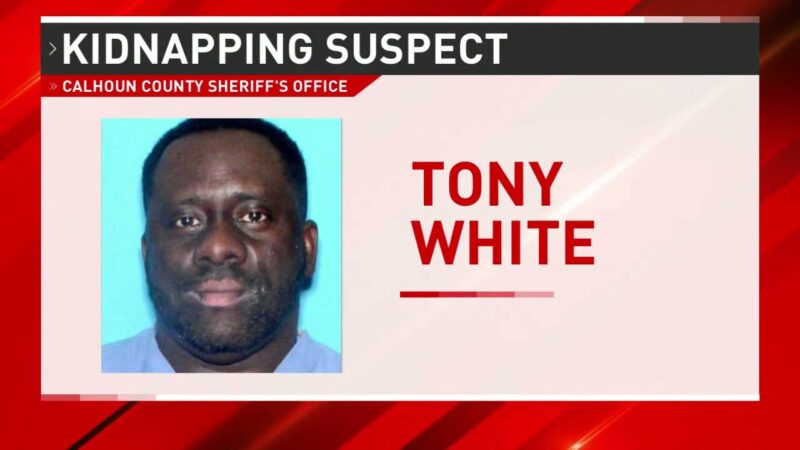 A manhunt is underway for an Alabama man who allegedly kidnapped a woman he targeted in a grocery store.

Betty Cobb, 75, was reported missing on Monday after her glasses and groceries were found in the driveway of her home. Her phone and keys were found on her bed.

Shortly after, the Calhoun County Sheriff’s Office announced that they were looking for Tony Lamar White, 47.

“He randomly chose her,” Sheriff Matthew Wade. “She was buying groceries and he followed her to her residence.”

Wade said that Cobb, bound with duct tape, was found inside a closet located in White’s home in Anniston. Authorities found her six hours after she was reported missing. She suffered knife wounds but is expected to recover fully physically.

White is now wanted on first-degree kidnapping and burglary charges.

The kidnapper remains at large after getting tipped off to the investigation by a family member.

“This guy is a dangerous, evil person and I believe there are other crimes out there,’’ Wade said.

“Our main job is to make sure this guy isn’t able to live with us citizens ever again,” he said.

During the press conference, Wade noted that Cobb was known in the community for helping others: She once drove an ambulance and served as a volunteer firefighter for many years.

Investigators are now looking into whether or not White could be a suspect in rapes that occurred in July 2012 and 2013 in both Calhoun and Talladega counties. The victims in those cases were also followed home from stores by the perpetrator, and their ages were 82 and 67.