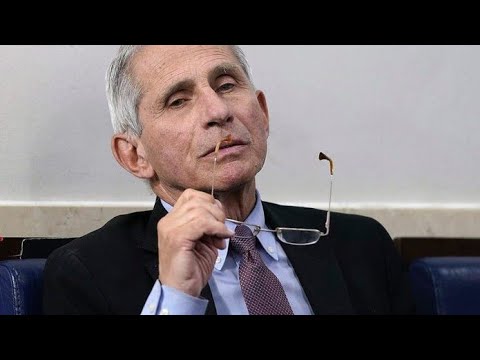 In a shocking turn of events, the Guardian newspaper in the United Kingdom has named Dr. Anthony Fauci, the main medical adviser to President Joe Biden, as “the sexiest man alive.”

The Guardian published a photo of the doctor on its Instagram page and branded him “the sexiest man alive,” referencing a People Magazine campaign to give the 80-year-old bureaucrat the prestigious title.

“The sexiest man alive,” the outlet captioned a picture of Fauci. “Anthony Fauci, an 80-year-old scientist, doctor, and public servant, has become an unlikely cult hero for millions of people during the Covid pandemic.”

“The US diseases expert has been spoofed by Brad Pitt and lauded as the ‘sexiest man alive,’” the caption continued. “Now the pop culture phenomenon is the focus of a documentary, appropriately titled: Fauci.’

“At the core of Tony’s popularity is that people intuit that this is a man who is speaking the truth and will not let anything stand in the way,” John Hoffman said, according to the post. “Tony is the signal amid the noise. People are able to sense that there’s a lot of noise and their ears are trying to find the signal and Tony is the signal.”

As a result of the COVID-19 outbreak last year and the subsequent rise to national fame, Fauci has gotten a slew of glowing profiles, the latest of which is the one published by The Guardian and the upcoming documentary. Critics have accused Fauci of exploiting his high-profile position in the federal response to COVID-19 in order to gain brownie points in Washington.