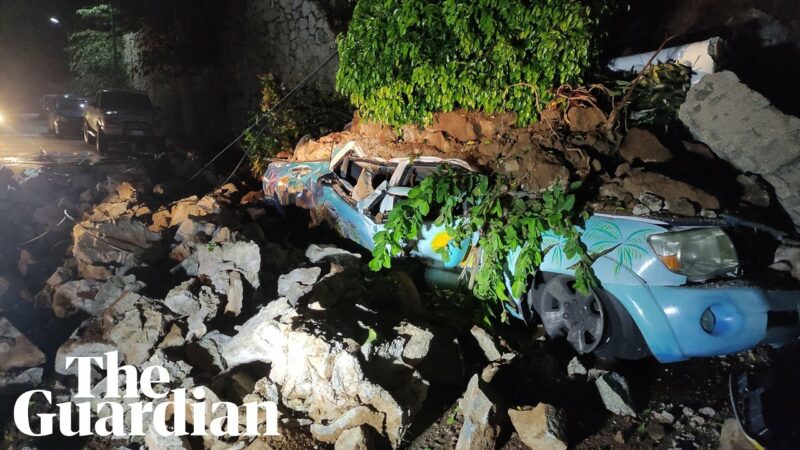 A powerful earthquake rocked southwest Mexico late Tuesday with shaking that caused buildings to tremble and sway as far as 200 miles away.

The United States Geological Survey reported the earthquake measured an initial depth of 7.8 miles, with at least 92 aftershocks recorded, one of which was a 5.2 magnitude. The quake was centered 10 miles northeast of Roman’s city.

Shortly after the quake, The National Oceanic and Atmospheric Administration issued a tsunami warning, but it has since been canceled.

One fatality has been reported of 19-year-old Eliodoro Hurtado.

President Manuel Lopez Obrador reported that authorities in the four states most affected by the earthquake report one death, structural damage, and falling rocks but no serious damage.

There are 1.6 million customers without electricity in Mexico City and the states of Mexico, Guerrero, Oaxaca, and Morelos, according to the Federal Electricity Commission.

Earthquakes are not uncommon in Mexico. There have been two major quakes to hit the country, one on September 19, 1985, an 8.0 magnitude that killed an estimated 9,500 people in Mexico City and surrounding areas. Today’s earthquake marks four years to the day since an 8.2 magnitude earthquake in September 2017 rocked the coast of Mexico’s southern state of Chiapas, destroying the majority of the town of Juchitan.