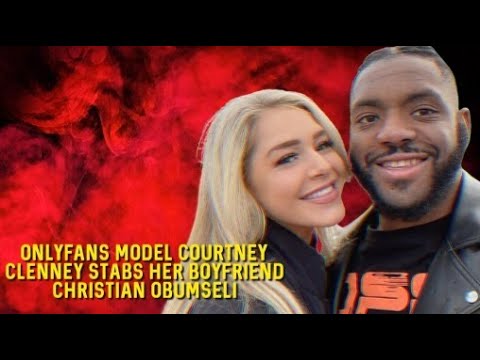 Instagram model Courtney Clenney was spotted with her father Friday at the Grand Beach Hotel’s lobby bar after the April 3 stabbing death of her boyfriend, Christian Tobechukwu Obumseli.

Obumseli, 27, suffered “an apparent knife wound” in a domestic violence incident, first responders rushed him to Jackson Memorial Hospital where he was pronounced dead,  Miami police said in a statement.

In a video that has been posted to social media, Clenney and her father can be seen getting up and leaving the hotel lobby while another guest demands that they leave.

“You should go. Yeah, you should go,” the guest tells Clenney and her father in the video.

Clenney’s lawyer, Frank Prieto said that she and her father were staying at the hotel because they were cooperating in the investigation but she didn’t want to stay in her Miami apartment where the fatal stabbing occurred last weekend.

“It is unfortunate that a member of the public, knowing absolutely nothing about the circumstances and events surrounding the death of Mr. Obumseli, would take the opportunity to harass the Clenney family during a time when they are trying to be supportive of Courtney,” Prieto said. “Courtney was seated at a table in the hotel lobby area where there is also a bar. Courtney’s father was standing there trying to order a drink to take outside so they could be in private on the beach.”

No charges have been filed in the case and Prieto said that Clenney was defending herself.

Prieto claimed, “Courtney is a victim of physical, emotional and mental abuse at the hands of Mr. Obumseli” based on his firm’s investigation of the incident.

“We are also investigating whether Courtney was the victim of human trafficking,” he added.

A video was captured of a distraught woman drenched in blood, handcuffed and sitting on a balcony speaking with police.

Authorities said they had interviewed a woman who was involved in “a physical altercation” with Obumseli and that homicide detectives were investigating. A law enforcement source said that Clenney was taken to a hospital for a mental health evaluation.

Friends of the couple described “a very rocky relationship.”

After the couple broke up last month, Obumseli allegedly began sleeping in the building’s common areas.

Then on April 1, Miami police were called to their apartment for a domestic disturbance, officers found bruises on Clenney’s arms and legs, but no one was arrested.

You can pick’em can’t ya?