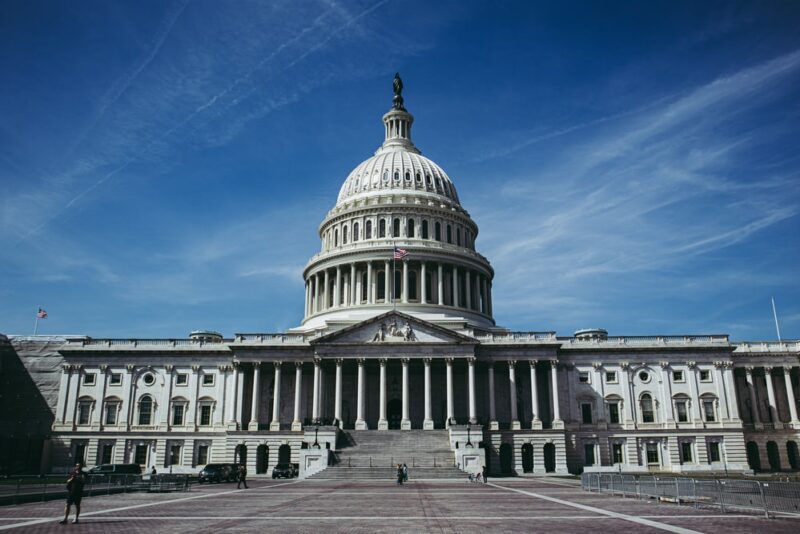 When Senate leaders failed to come to an agreement on a sanctions package targeting Russia they released a statement condemning the country’s massive military presence at the Ukraine border.

“Should Vladimir Putin further escalate his ongoing assault on Ukraine’s sovereignty, Russia must be made to pay a severe price. We are prepared to fully support the immediate imposition of strong, robust, and effective sanctions on Russia, as well as tough restrictions and controls on exports to Russia, and we will urge our allies and partners in Europe and around the world to join us,” a group of twelve senators, led by Majority Leader Chuck Schumer and Minority Leader Mitch McConnell, said.

The statement signaled Democrats’ and Republicans’ failure to come to an agreement on sanctions, even as Democratic New Jersey Sen. Bob Menendez and Republican Idaho Sen. Jim Risch had expressed confidence about such a package. Members on both sides accused their counterparts of partisan posturing in the wake of a failed vote to sanction the NordStream 2 natural gas pipeline.

President Joe Biden and National Security Adviser Jake Sullivan have both suggested that the executive branch would introduce sanctions in the event of an invasion.

Ahead of the statement’s release, Menendez and Risch, the Chairman and Ranking Member of the Senate Foreign Relations Committee, exchanged jabs through the media.

“It’s a shame that Senate Republicans have decided to choose partisan posturing instead of working to reach consensus on a comprehensive bipartisan proposal that would demonstrate a united front to deter Putin from re-invading Ukraine,” Menendez said after Risch presented a sanctions package. “A partisan victory is not worth a message of division from Washington, which only benefits Putin.”

“Everybody around here is talking tough,” the Idaho Republican responded. “This is an opportunity for them.”

The bill introduced by Risch and other Republicans on the Senate Foreign Relations Committee sanctions Russian banks, as well as banks that do business with sanctioned Russian institutions. It also funds U.S. military exercises with NATO partners in the region.

The U.S. announced Monday that it would move the remaining State Department personnel from the Ukrainian capital Kyiv to the farther west city Lviv. The U.S. is one of more than a dozen countries to evacuate government personnel from Ukraine or warn civilians to get out of the country.

LMAO…Blow hole Joe is in Putin’s back pocket. Remember, ole blow hole’s America last agenda. Open the Russian pipeline that Trump stopped, and kill the one here that Trump reopened.