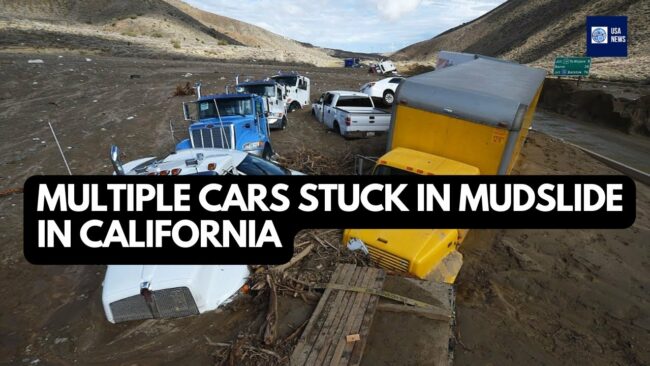 Fire units responded to assist around 50 people in two dozen cars after the mud had pushed the vehicles across the road.

The landslide happened near Pine Canyon Road between Shaffer Road and Blaisdell Road, the Los Angeles County Fire Department wrote in the tweet.

First responders arrived at the scene at around 7:40 p.m. to help free the vehicles. Some people were rescued by firefighters on the ground while others were carried to safety by Los Angeles Fire Department helicopters, according to LAFD.

Southbound Lake Hughes Road south of Elizabeth Lake Road and other roads in the area were closed because of the mudslide.

So far, there are no injuries reported in conjunction with the mudslide.