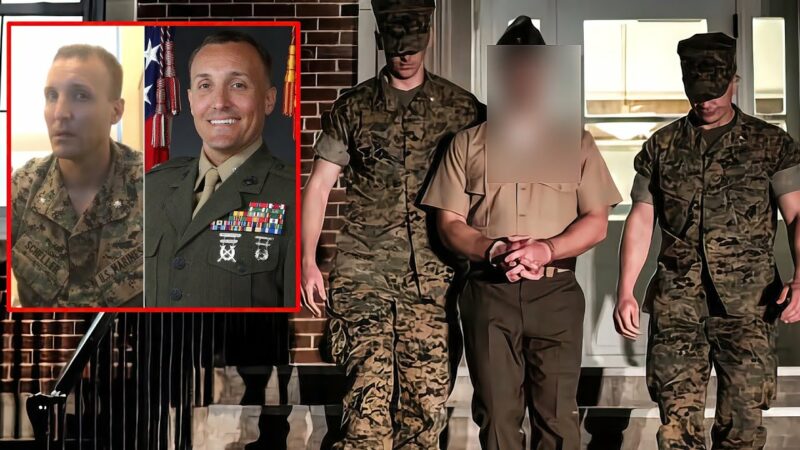 The U.S. Marine who went viral posting videos on social media calling out our military leadership and the Biden administration for the withdrawal of military assets from Afghanistan pled guilty to all charges during his court-martial hearing at Marine Corps Base Camp Lejeune in North Carolina this week.

Lt. Col. Stuart Scheller Jr. has pled guilty to all six misdemeanor-level charges, which included willfully disobeying a superior commissioned officer, dereliction in the performance of duties, and conduct unsuited for an officer and a gentleman.

Scheller was freed from the brig last week where he was being held for violating an agreement to stop posting criticism on social media.

He was relieved of his command at one of Camp Lejeune’s infantry training battalions in August after posting the videos to Facebook and LinkedIn after a bombing at Hamid Karzai International Airport in Kabul took the lives of 13 U.S. service members as well as dozens of Afghan citizens.

“Did anyone raise their hand and say, ‘We completely messed this up?'” Scheller had asked in a video. “I’m not saying we can take back what has been done. All I asked for was accountability, for people to comment on what I said and to say, ‘Yes. Mistakes were made.’ And had they done that I would’ve gone back into rank and file, submitted, and accomplished what I wanted.”

His other charges include contempt toward officers, disrespect toward superior commissioned officers and failure to obey order or regulation.

Scheller is a decorated Marine who has served for 17 years.