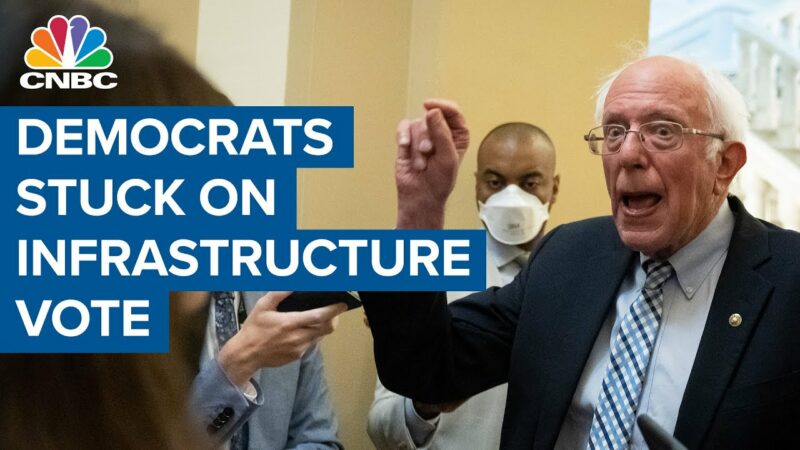 President Joe Biden pleaded with Democratic lawmakers Thursday to vote for his bipartisan infrastructure bill and the Build Back Better social spending package – frustrating both Republicans and Democrats.

“No one got everything they wanted, including me, but that’s what compromise is, that’s consensus, and that’s what I ran on. I’ve long said compromise and consensus are the only way to get big things done in a democracy, important things done for the country,” Biden said speaking from the White House.

“I know it’s hard. I know how deeply people feel about the things that they fight for. But this framework includes historic investments in our nation and in our people,” he added.

Biden’s comments came just hours after he went to the Hill to encourage House Democrats frustrated by the scaled-back social package to vote in favor of both bills.

But while the majority of House Republicans are expected to reject both the bipartisan infrastructure bill – dubbed “BIF” – and the spending packages as “socialist” agendas, the biggest challenges facing Biden’s cornerstone legislation are in his own party.

Some Democratic lawmakers in the House have said they would not vote in support of the infrastructure bill if a vote is forced today.

“If a vote on the BIF is held today, I’m a no,” Rep. Cori Bush, D-Mo., told reporters. “I feel a little bamboozled because this is not what I thought was coming today.”

Chairwoman of the Congressional Progressive Caucus, Rep. Pramila Jayapal, D-Wash., told reporters that there was not enough support to get BIF through the House on Thursday.

“Progressives won’t leave working families behind. We’ve been clear since the spring: the infrastructure bill and the Build Back Better Act pass together – and that hasn’t changed,” she said.