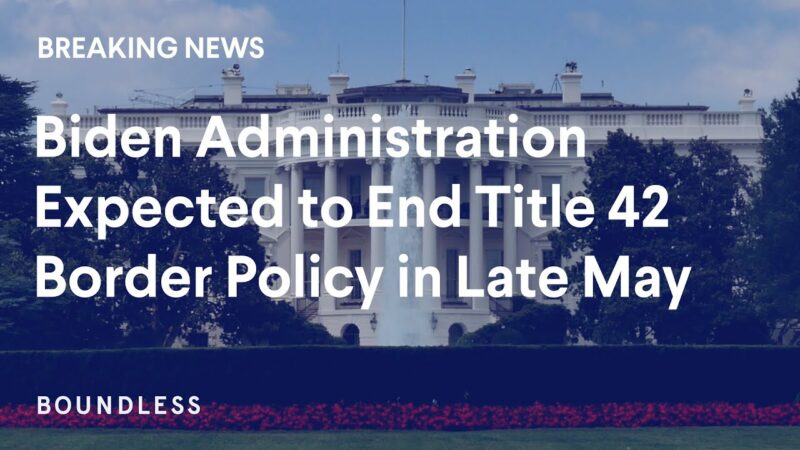 Border Patrol Braces For Chaos As Title 42 Set To Expire

The Biden administration could allow a key pandemic-era border security measure to expire this week.

Title 42, was put in place by the Trump administration in March 2020 and allows border agents to immediately turn away migrants in order to reduce the spread of COVID-19. The order is responsible for the expulsion of over 1.7 million migrants, according to Customs and Border Protection (CBP).

The Biden administration is bracing for an influx of migrants as Title 42’s fate still remains a question and U.S. officials are preparing for a surge of over 170,000 migrants at the southern border if the order end.

Former acting Director of Immigration and Customs Enforcement (ICE) and acting CBP Commissioner Mark Morgan, who served in the Trump administration, said that Title 42’s implementation under Biden has been “a good thing” because it’s resulted in over 1 million illegal immigrants being removed under his watch.

“It’s frustrating that they claim that you know, they inherited a dismantled and inhumane system, yet one of the leading policies under Trump they kept in place to in fact, remove over a million illegal aliens,” Morgan explained. “So, there’s a lot of hypocrisy there. But, in my opinion, make no mistake, this saved countless American lives, and resulted in the prevention of untold amount of suffering on the U.S. side.”

The end of Title 42 will cause a surge of migrants crossing the border that will only add to an overloaded Border Patrol, according t Morgan.

“So the result of that not only will act as another incentive, you’re going to see illegal immigration expand to historic highs past what we saw the past 12 months, you’re going to have to release people faster and more efficiently. And we’re going to be releasing people into the United States that we have no idea who they are, that’s going to equate to increased jeopardy to this country, and American lives are going to be lost,” he said.

Morgan said that the cartels and smugglers will see Title 42’s end as a green light for their operations at the border. Border Patrol will be processing more people for release into the country and they’ll see it as an opportunity to bring more people through.

“What’s going to happen now is that it’s another clear message and calling card that our borders are wide open, and the cartels and smugglers are already using the rhetoric on the anticipated demise of Title 42 to increase illegal immigration, they’re already telling millions of illegal aliens, millions of immigrants, now’s the time to come,” Morgan said.