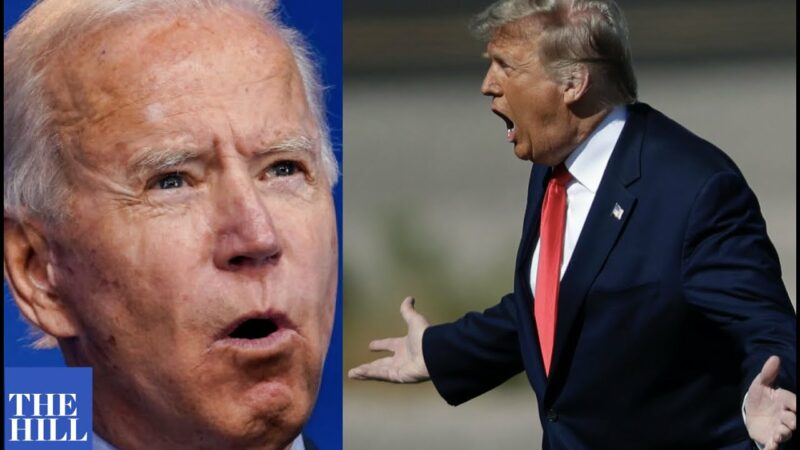 On Friday, President Joe Biden claimed that he inherited a lot of problems when he started office in response to inquiries about the multiple crises that Americans are dealing with at the moment.

“Take a look at what I inherited when I came into office, the state of affairs and where we were. We had 4 million people vaccinated, we had no plan — I could go down the list. So part of it is dealing with the panoply of things that landed on my plate. I’m not complaining, it’s just the reality,” Biden said.

Let’s take a real close look at what exactly Sleepy Joe inherited after he stole the election last year.

The only item Biden listed as an inheritance was a decreased rate of COVID-19 vaccination. The first COVID-19 vaccine was administered in mid-December 2020, just over a month before Biden assumed the presidency on January 20, 2021. Naturally, there would have been fewer persons vaccinated back then than there are now, especially given that the vaccinations had been available for less than a month and were only available to particularly vulnerable populations at the time.

By the time Biden took office, the United States was vaccinating nearly one million people per day, well on track to accomplish Biden’s promise of vaccinating 100 million Americans in the first 100 days of his presidency. Biden did not achieve his goal, but he got close.

Additionally, Biden stated in his remarks that he did not inherit a vaccination distribution strategy. This has already been refuted, as the Trump administration was giving vaccines to states and had a publicly publicized plan on the website of the Health and Human Services Department.

The issue with Biden’s attempt to deflect blame for numerous problems away from his administration is that the situations Americans are currently facing were not inherited from the Trump administration.

In terms of vaccines, Biden did inherit from Trump: Three effective vaccines produced at an unparalleled rate, as well as a distribution strategy to get them to Americans. All Biden needed to do was administer the vaccines and nail the messaging, but his administration swiftly lost the message when officials, including Biden, continued to wear masks and encouraged even the vaccinated to do so after the vaccine was promised as a path to normalcy.

And what he did not inherit was the shambles at the border, nor did he inherit the humiliation in the war against terrorism after withdrawing America’s forces from Afghanistan.