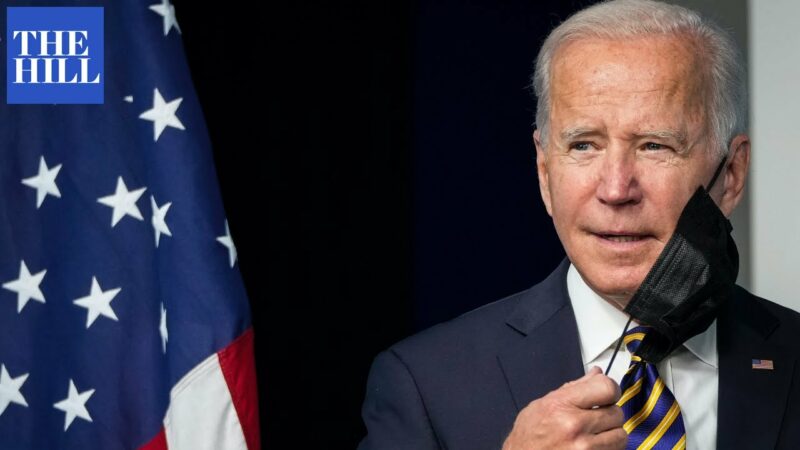 Biden A Hypocrite When It Comes To Mask Protocols

President Joe Biden was seen shopping over the weekend without wearing a mask even though he has slammed Americans who choose not to time and again. The Murray’s Toggery Shop on the island of Nantucket has a sign prominently posted outside asking shoppers to wear a mask, however, on Saturday President Joe Biden was seen shopping in the store with his mask around his neck and not covering his mouth and nose.

According to the White House press pool, Biden had walked out of the shop at 4:45 p.m. with his mask down while drinking a milkshake.

The president ignored a question on what more needs to be done to stop the new omicron variant of the COVID-19 virus as he continued his shopping.

Biden is spending his Thanksgiving holiday in Nantucket where an indoor mask mandate was re-instituted earlier this month.

Biden has been criticized several times for not following local mask mandates while he hypocritically urged Americans to do so.

Biden was spotted at an upscale Washington, D.C. restaurant in October where he was seen walking through the eatery without a mask.

In November, Biden was also seen mingling with members of the public without a mask before putting it on for a photo-op.

naw, he just doesn’t realize what is going on everyone. we know he is showing some mental wear now. were he not the plagiarizing, accomplish nothing, friendly sino-phile, pedo, election thief we would all feel sorry for him. blame his wife the ”dr”.