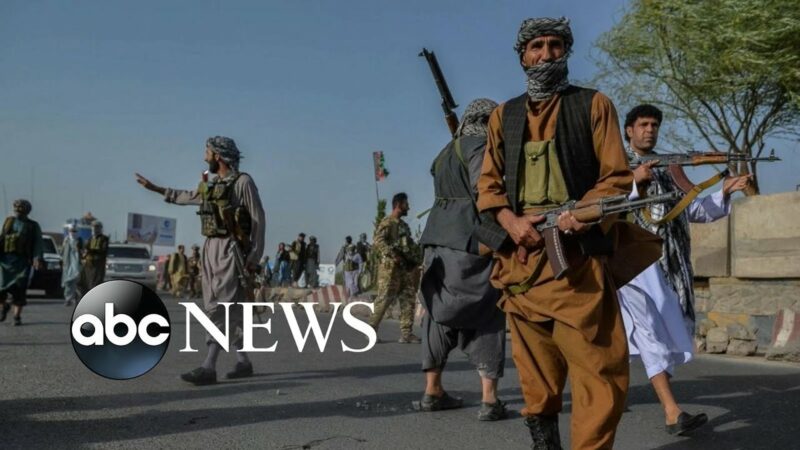 Americans Left Abandoned By Biden Are Now Being Hunted Like Animals

No doubt it’s a terrifying time for Americans and Afghan allies stranded in Afghanistan since the complete withdrawal of U.S. military troops from the country.

Nasria, a pregnant California native, flew to Afghanistan in June to get married and visit family. Nasria was among the estimated hundreds of Americans at the Kabul airport as the last of the U. S. military flew away.

The terrified U.S. citizens and Afghan allies were left to try to find safety as they were surrounded by Taliban troops.

According to the 25-year-old Nasria who asked not to reveal her last name for safety reasons, the Taliban is “hunting Americans,”

“Apparently they’re going door-to-door…trying to see if anybody has a blue passport,” she said.

In an interview with Fox News last week, Rep Darrell Issa, R-California, who has been working to rescue Americans stranded in Afghanistan, said that Nasria had been kicked in the stomach by Taliban fighters.

“Anyone who says there aren’t people stranded is wrong,” Issa said during the interview.

Nasria and her husband, an Afghan national, managed to get to the Kabul airport in efforts to be evacuated from the now Taliban country.

“It was so hard to get on a flight. There were a couple of days where we had to sleep on streets,” she said. “People were literally stepping over people. That’s how bad it was.”

Nasria described the whole things as being surreal. “I’ve never in my life experienced anything like this,” she said. “It was like literally a movie scene.”

After the flight she’d booked to return to the U.S. was cancelled she said the U.S. State Department told her “You will get picked up.”

She said she and her husband tried for over 12 hours to get to the specified location only to be blocked by the Taliban at gunpoint even though she showed them her U.S. passport.

“Our troops were literally at the gate just waiting for us to continue walking and they had blocked us,” she said.

She said that at one point she managed to walk past Taliban security but they “started shooting right by my leg and told me to come back or they will shoot me.”

Her husband begged the Taliban to let her pass without him, she refused to leave without him, because she is pregnant.

“If I was only 15 steps away from the airport and I was told people are going to come out of the airport to get me, so what hope am I supposed to have not?”