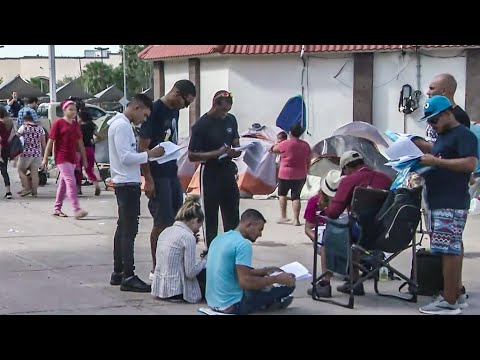 Biden Reimplements The Remain In Mexico Policy After Promising Not To

President Joe Biden was reluctantly forced to reimplement former President Donald Trump’s “Remain in Mexico” asylum policy Thursday, even though Biden has often described the policy as “dangerous and inhuman.”

The “Remain in Mexico” policy was put in place by Trump as part of his COVID-19 response and requires asylum seekers to remain in their countries of origin until their U.S. court date. Trump first implemented the policy in 2019, which Biden vowed to reverse during his presidential campaign once he was in office. Department of Homeland Security (DHS) Secretary Alejandro Mayorkas terminated the policy in June, which Biden had already suspended on his first day in office.

“Donald Trump’s ‘Remain in Mexico’ policy is dangerous, inhumane, and goes against everything we stand for as a nation of immigrants,” Biden said in March 2020. “My administration will end it.”

The new policy changed the Trump-era policy so that every asylum seeker will be offered a COVID-19 vaccination, although the administration claims the vaccine cannot be mandated as part of the process. The new policy will also provide asylym seekers legal counsel as well as limit the application procedure to a six-month timeframe.

Both Biden and Vice President Kamala Harris have been slammed over their handling of the border crisis, which has seen record-breaking border encounters throughout 2021. Biden appointed Harris as border czar in charge of the crisis in March, however, she has made only one trip to the border since that time and done very little to curb the mind-boggling surge that continues there.

Biden’s Remain in Mexico policy will officially take effect on Dec. 6, while immigration activist groups have condemned him for complying with the court order.

“The resumption of this program … represents a serious step backward in the promise by the Biden administration to focus on the factors triggering the increase in forced migration from Mexico and Central American nations over the past year. Immigrants, asylum seekers, and refugees have been a blessing to the U.S. Our laws and practices should reflect this fact, instead of echoing white supremacist and extreme xenophobic lie,” Oscar Chacón, executive director of the immigration activist group Alianza Americas, said in a statement.