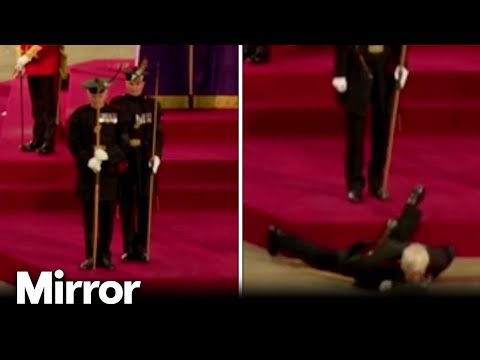 One of the Royal guards was standing watch beside Queen Elizabeth II’s coffin at Westminster Hall Wednesday when he collapsed.

The guard was struggling to maintain his balance, even stumbling, before fainting and falling face-first onto the hard floor.

Royal guards rotate around the coffin every 20 minutes, with a full shift lasting 6 hours. It’s unclear what caused the unidentified guard to collapse.

There is no word on his condition at this time.

Lady Gabriella was in the receiving line with other members of the Royals when several people began to look concerned … including her mother, Princess Michael of Kent.

Her husband, Thomas Kingston rushed to her aid.

She regained consciousness but left the event. Lady Gabriella enjoyed a close relationship with the Queen for years … QEII attended her 2019 wedding.