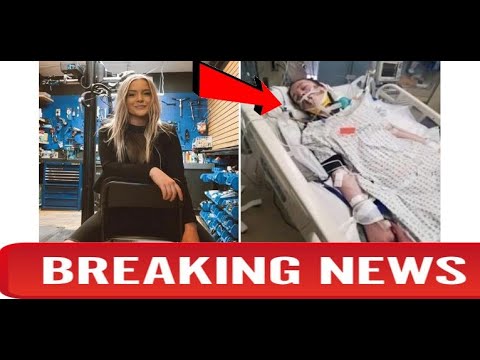 Woman Wakes From 5 Month Coma To Find Fiance Ghosted Her

An Australian woman who had been in a coma for five months after a freak accident woke to discover her fiancé had abandoned her.

Brie Duval, 25, was living in Alberta Canada in August of 2020 when she fell from the top of a 33ft retaining wall near a rooftop bar and landed head-first on the concrete below.

She suffered two separate brain bleeds, a broken back, ribs and teeth, and was placed on life support in an induced coma, unable to breathe on her own.

Doctors gave Duval only a 10 percent chance of survival. But she did survive only to find her fiancé of four years gone.

Telling her story on TikTok as HotComaGirl113, Brie said she suffered from post-traumatic amnesia, and was unable to remember things such as her address or passcode when she awoke from the coma five months later.

In the three months that followed, it all started to come back to her… including the fact that she was engaged. But her fiance was not there. In fact, she learned that he had never come to visit her at all.

“There has been zero contact,” she said. “I have been blocked on every single platform including his phone.”

Not only did he ghost her, but he had already moved in with another woman.

“The only contact I did get was from his new girlfriend,” Brie said. “She sent me a message saying she was insecure and made him block me on everything. Go figure I was still in the hospital.”

“I am still so incredibly hurt by his actions,” she added. “I have no reason or closure as to why he did what he did. I just feel so hurt, I cannot explain the depth of the pain he has caused me.”

Brie’s accident occurred during the height of the Covid pandemic, meaning her family was denied permission to fly from Australia. She has since returned home to her family in Perth, where she said her physical recovery is going well.

“I am taking time off of work to be in Australia to recover with my loved ones. Recovery will take some time but I am hoping to return to work next year.”

Meanwhile, the former bar manager has been telling her story on TikTok as HotComaGirl113 — named after Rebel Wilson’s similarly-fated character in the film “Senior Year”

In one of her first posts, she pokes fun at Rebel’s immaculate appearance upon emerging from a 20-year-coma to her own.

“I looked like this,” she smiled, comparing shots of their awakenings. “I did not have my hair or make-up done. I barely think my hair was brushed, it was matted when I woke up. I also had an adult diaper on tubes down my throat.”