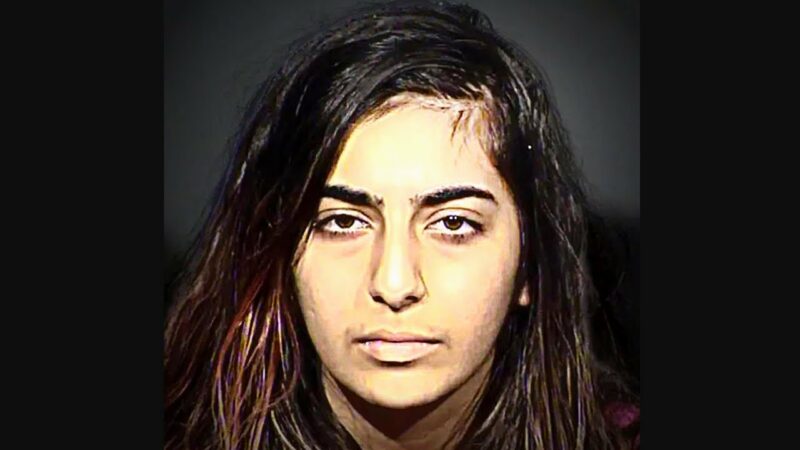 A woman told police in Nevada that she had stabbed her date in early March in revenge for the United States killing Iranian General Qasem Soleimani.

Police were called to the Sunset Station in Henderson, Nevada on March 5, about a woman that had stabbed a man in the neck. Nika Nikoubin was arrested after she told police she stabbed the man “for revenge against U.S. troops for the killing of Qasem Soleimani in 2020.”

Nikoubin had targeted her victim from the dating site “Plenty of Fish,” according to the arrest report. The couple rented a room where they engaged in sexual activity together. Nikoubin placed a blindfold on her victim, turned the light off, and a few minutes later the victim “felt a pain on the side of his neck,” as she stabbed him.

The victim escaped and called 911. Nikoubin ran out of the room and told a hotel employee that she had just stabbed someone.

“On March 5, 2022, Nikoubin was booked into the Henderson Detention Center,” Henderson Police Department said in a statement. She is being held on $60,000 bail and is scheduled to appear in court for a preliminary hearing on March 24.

To bad Hunter didn’t pick her up.