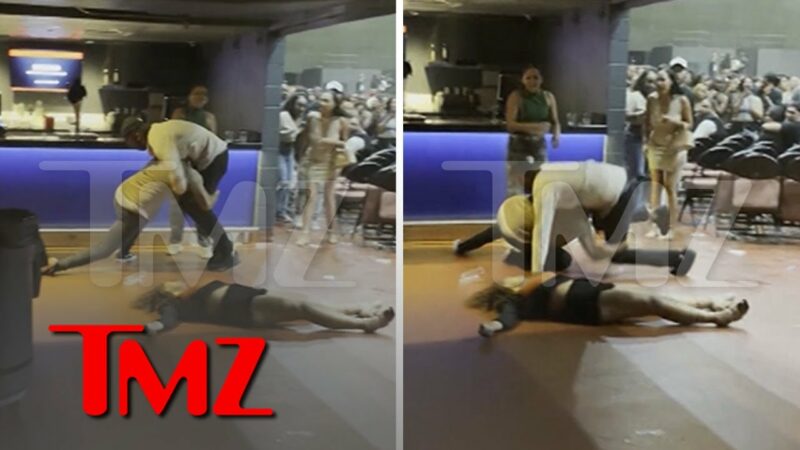 A brutal fight broke out during a Chris Brown concert Friday and a video of the terrifying scene shows a woman laid out unconscious on the ground as two men continue brawling around her.

Eyewitnesses say the incident began with an altercation between two women in the front section of the Kia Forum in Inglewood, CA, close to the end of Brown’s set.

Two men jumped into the fight and one of them clocked one of the women, knocking her unconscious.

Fans dragged the woman to the side of the arena and tried to revive her. The fight between the two men then spilled over to the side.

The woman was transported to the hospital, but her condition is unknown at this time.

.It’s unclear what precipitated the brawl or if the parties had any connection prior to the concert.

As for Breezy, he seemed to be unaware of the brawl and continued his performance.