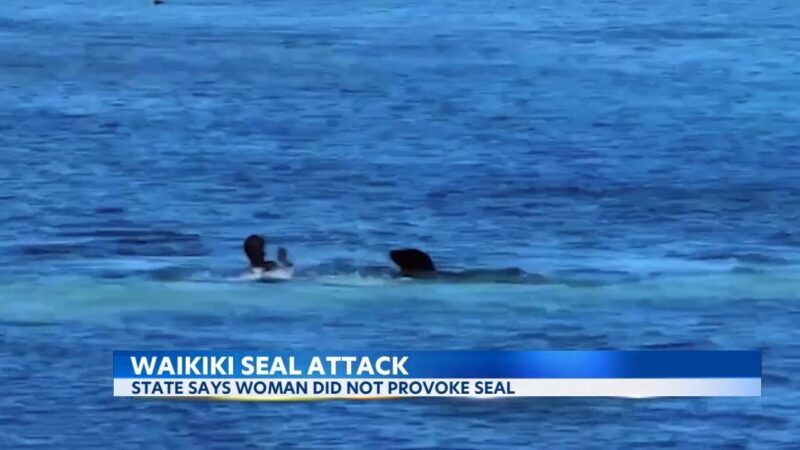 A woman is recovering after a violent encounter with a nursing monk seal at Kaimana Beach in Honolulu.

A video of the attack shows the California woman swimming about 20 to 25 feet offshore Sunday.

When the woman’s head pops out of the water, Rocky, the mother monk seal, charges at her.

According to locals, the mother seal named Rocky gave birth to a pup about two weeks ago and was seen that morning “barking back and forth looking for her pup.”

Roughly five minutes after Rocky found her seal pup, she charged at the nearest swimmer.

The mother seal followed the woman as she tried to swim toward the shore.

“She kept on swimming straight in towards the pup. So I guess that’s mother’s instinct to like, you know, protect her pup,” witness Curt Otsuka said.