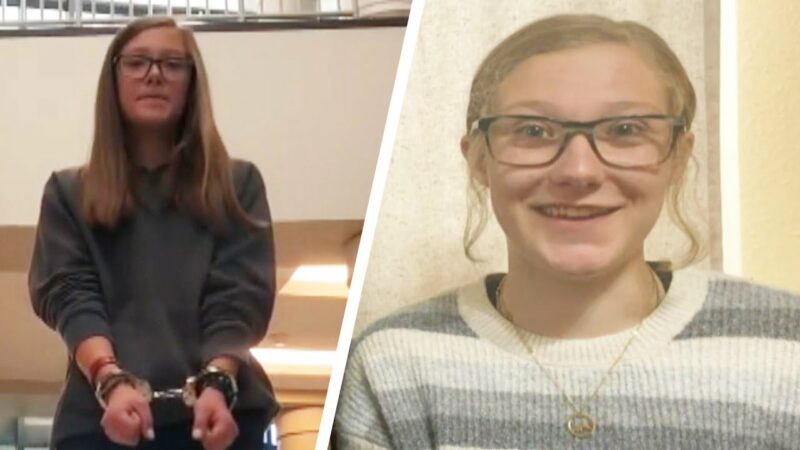 WATCH! Teen Girl ARRESTED At School After Refusing To Wear A Mask

A Wyoming high school student was arrested on Thursday as the result of refusing to wear a mask, the Laramie Boomerang reported.

Grace Smith was arrested for trespassing at Laramie High School when she refused to leave school grounds after she refused to wear a mask in protest to the mandate, according to an interview she did with Republican state Senator Anthony Bouchard of Wyoming.

As a result of Smith’s arrest the school was placed on a “brief lockdown” to “prevent further interruptions to academic learning,” the Albany County School District said in a statement.

Smith made a recording of her arrest, which her father later posted to YouTube.

Friday Grace was suspended for the third time for refusing to wear a mask, and is faced with $1,000 in trespassing fines. She claims that she has a right to stay at school to further her education as a “straight-A student” who has “never broken the law,” in her own words.

“I would never choose to do anything wrong, and I never saw myself sitting in the back of a cop car, handcuffed,” Smith said.

When the school district was asked how many students have been suspended for refusing to comply with the mask mandate, they told the Laramie Boomerang that it “does not comment on student discipline matters.”

The “Albany County School District #1 Board of Trustees” approved the mask mandate on Sept. 8. The mandate will stay in effect until Oct. 15, however officials plan to meet Wednesday evening to discuss the matter, the Laramie Boomerang reported.

“I get cussed out a lot,” Smith said. “People have called me mean names. Nobody has physically harmed me, but some of my best friends now won’t talk to me.”

“The discrimination from the teachers is just absurd,” she added. “I had one teacher who tried to force a mask onto my face.”