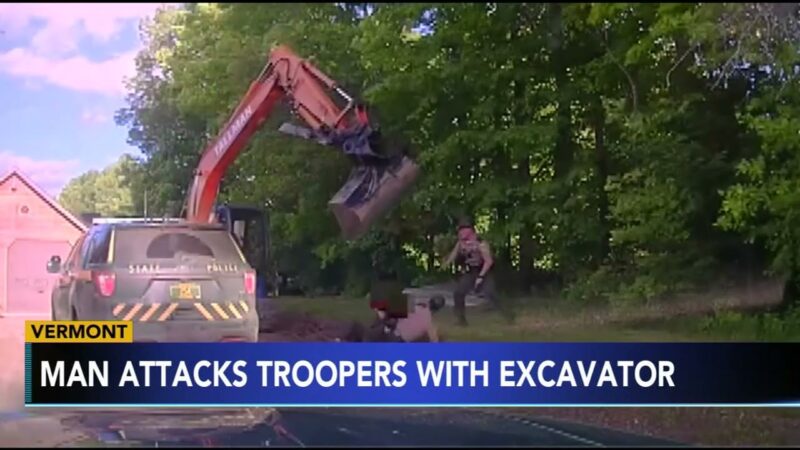 Two Vermont State Troopers were attacked by a man behind the wheel of a construction-grade excavator as they attempted to arrest his son last week.

Shortly after the troopers arrived at the Hardwick home to arrest a suspect wanted in an assault and burglary case, “the suspect’s parents attempted to hinder the arrest, and ultimately the suspect’s father menaced and attempted to assault the troopers using an excavator,” the police posted on their Facebook page.

Dashcam footage shows the suspect’s father swinging the bucket of the excavator at the troopers. One of the officers drew his weapon but did not fire.

“They don’t have a scenario at the academy where we practice this one,” one of their commanders said.

The troopers were not injured and successfully arrested both father and son.