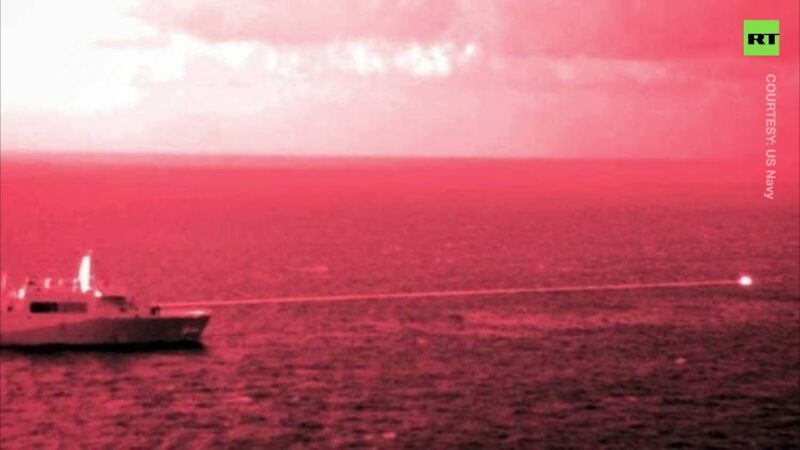 The U.S. Navy fired a new laser weapon and successfully destroyed a training target while in the Gulf of Aden on Tuesday.

Amphibious transport dock ship U.S.S. Portland destroyed the static target as it tested Solid State Laser, as part of a demonstration.  The system was originally installed in 2018 and later when the Navy tested the laser in May of 2020 it successfully took down a flying drone.

The Navy unveiled the new laser in the Gulf of Aden off the coast of Yemen, which separates East Africa from the Arabian Peninsula. Yemen’s capital, Sanaa, has been battling Saudi-led forces since it was captured by Iran-backed Houthi rebels in 2014.

The conflict reached an impass in March of 2015, though it has reportedly become the world’s worst humanitarian disaster, with an approximate death toll of 110,000. The laser weapon system could be used to counter target Houthi deployed drone boats in the Red Sea.

The Navy recently commissioned its 69th Arleigh Burke-class destroyer according to a Defense Department announcement. The ship’s commissioning coincided with the 80th Anniversary of Pearl Harbor during the Remembrance Commemoration at Joint Base Pearl Harbor-Hickham on Dec. 7

The LWSD is the Navy’s strongest laser, five times more powerful than the 30-kilowatt LaWS, which is capable of downing small aircraft.

The five-year-old ship is part of the Essex Amphibious Ready Group. The group departed Naval Base San Diego in August and began operating in the U.S. 5th Fleet region in September.

Drooling Joe will give the technology to China next week!