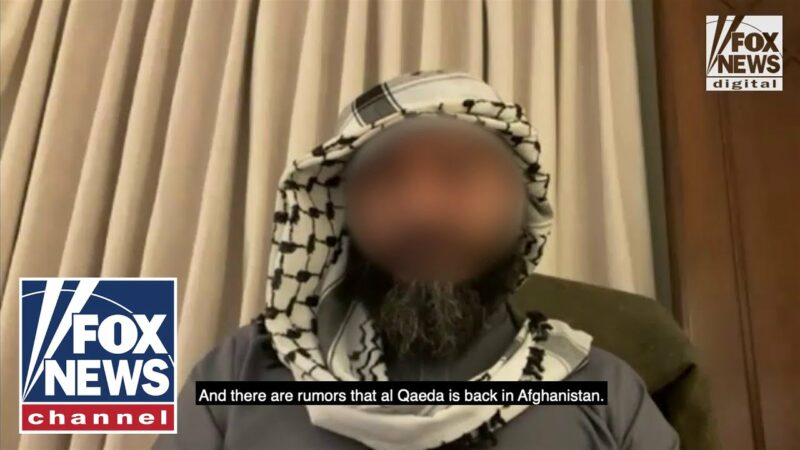 A former U.S. soldier currently in Pakistan, said when he called the U.S. Embassy he was repeatedly hung up on as he pleaded for help and was denied entry to the building so he could speak with a government official.

The former staff sergeant, an Afghan native, said he traveled from the U.S. to Pakistan to help his family try to escape the Taliban and flee Afghanistan. He went to the embassy to request diplomatic aid for his family and for American citizens, green card holders and Afghans with special immigrant visas who are stuck at the border.

“I showed up outside the U.S. Embassy and I literally begged them to let me in,” the veteran said. “It was that embarrassing. A U.S. citizen is not permitted entry in U.S. soil.”

He said there was no answer when he tried one phone number. When he called a second number, he told them he was a U.S. soldier and needed help. He told them that he wasn’t comfortable discussing details over the phone, given their sensitivity.

“They hung up the phone!” the veteran said. “I called again and again, the same thing. I couldn’t believe it. I was in in shock!”

He said he “started tearing up” when he left the area.

“It felt like somebody was stabbing me in my back,” said the veteran, who served in the United States military until he was discharged after suffering traumatic brain injuries.

The veteran wished to remain anonymous to protect himself and his family from the Taliban.

“We are aware of these reports, but for privacy considerations have no further comment,” a State Department spokesperson said when asked about the incidents.

The American veteran said the Taliban, ISIS-K, and al Qaeda were all at the Pakistan border, making it more difficult and dangerous for anyone trying to escape Afghanistan. He said the Taliban had created more checkpoints in response to the increased ISIS-K threat.

“They’re frisking everyone,” the veteran said. “These Afghan allies that we have – U.S. citizens, green card holders – they have to get past all these checkpoints and then not only hide from the Taliban, but also ISIS-K and then al Qaeda.”

“And ISIS is targeting directly U.S. citizens, green card holders, anyone with an Afghan passport wanting to get out,” he added. “They’re in search of these guys.”

The desperate veteran said the Pakistani government won’t allow anyone to cross the border from Afghanistan, even if they have the appropriate documents, leaving Afghans stuck at the border, unable to return to cities like Kabul because of the Taliban checkpoints.

Afghans can bribe their way past border guards for $300 to $700 per person if they have visas, but will not receive an entry stamp, some Afghans travel 30 miles into the country, but then get stopped and deported by Pakistani police, he said.

“But this time, now, they hand them over back to the Taliban,” he said. “They were running away from the Taliban to begin with.”

Everyone trying to get across the border into Pakistan are “all begging the U.S. embassy to step in,” the veteran said.

He criticized the U.S. State Department for “bragging about how they’re helping Afghan allies.”

“You’re not,” the veteran said. “You’re lying, you’re not even permitting entry to U.S. citizens.”

All U.S. citizens seeking to leave Afghanistan with proper documentation “have been offered an opportunity to do so,” Secretary of State Antony Blinken claimed Friday.

The former soldier said he’s been able to help at least 30 at-risk Afghans, including Christians and other minorities, cross illegally into Pakistan.

However, it wasn’t feasible for his family of six to travel from Kabul to the border, since they would have to pass around 30 Taliban checkpoints, he said. They feared the Taliban would kill them if they were caught, because of the veteran’s work with the U.S. military as well as their own work in the Afghan government.

The veteran was eventually able to help his family escape Afghanistan into Pakistan through another route but he said they would be deported into the hands of the Taliban if they can’t secure passage out within 28 days of their arrival.

His family tried to leave through the Kabul airport during the U.S. airlift but were unsuccessful. The veteran blamed the Biden administration for its failure to evacuate Taliban targets including his family.

“They caused this big mess, and now they’re hiding behind these walls, and they will not even agree to open the gates for a U.S. citizen,” the veteran said.

He said his only recourse was to go to the media and “plead for help.”

“I’ve done everything else in my power,” he said.

“If there’s anyone out there that can help me, help my family, help all these other individuals, U.S. citizens, U.S. green card holders, our Afghan allies, please, please help us,” the veteran said. “We’re in dire need of help.”

our corrupt gov’t SUCKS and these MF’s need to be FIRED!!!!

man this is nuts, i was able to sign p2 or i 132 and i 134 papers to get a family of 4 out. i have signed for17moretoo.PrayingtheyallgetoutBUTanyonecansigntohelpout.lookupi134andi132papers!