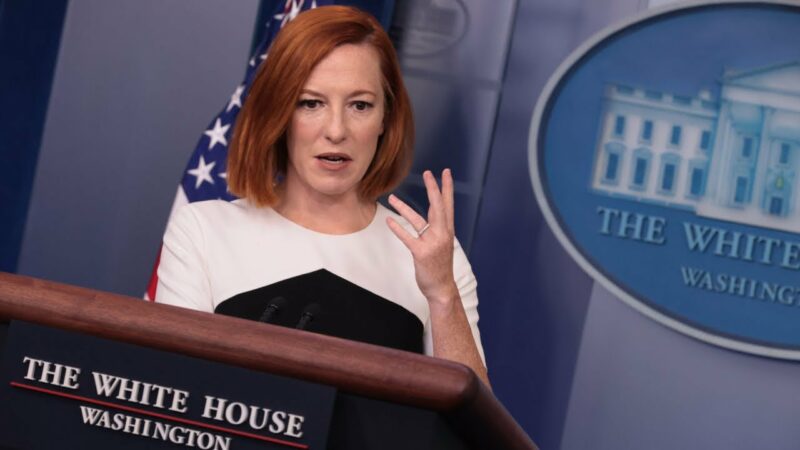 U.S. To Participate In Diplomatic Boycott Of 2022 Olympics

White House press secretary Jen Psaki confirmed Monday that the U.S. will be taking part in a diplomatic boycott of the 2022 Beijing Winter Olympics.

The announcement comes after President Joe Biden confirmed in November that he was “considering” a diplomatic boycott. The move does not extend to U.S. athletes, who will still be allowed to compete in the games.

“The Biden administration will not send any diplomatic or official representation to the Beijing 2022 Winter Olympics and Paralympic Games, given the PRC’s ongoing genocide and crimes against humanity in Xinjiang and other human rights abuses,” Psaki said. “The athletes on team USA have our full support. We will be behind them one hundred percent as we cheer them on from home.”

“We will not be contributing to the fanfare of the games. U.S. diplomatic or official representation would treat these games as business as usual in the face of the PRC’s egregious human rights abuses and atrocities in Xinjiang and we simply can’t do that,” she continued. “As the president has told President Xi: Standing up for human rights is in the DNA of Americans. We have a fundamental commitment to promoting human rights and we feel strongly in our position and we will continue to take actions to advance human rights in China and beyond.”

A diplomatic boycott has been met with differing opinions, with some lawmakers like Republican Texas Sen. Ted Cruz arguing a full boycott would be unfair to the athletes, on the other side republicans such as Arkansas Sen. Tom Cotton, wanting “a complete and total boycott.”

Psaki refused to say whether a full boycott was ever under consideration arguing only that the diplomatic boycott was the right decision and it sends the message “that it cannot be business as usual.”

So this must mean no US diplomats will compete in the athletic events.

I was listening to several of the athletes saying they will compete. I hope they die there. I guess they don’t don’t care about the genocide that’s going on in China. The slave trade that’s big in China. Fuck our worthless athletes.