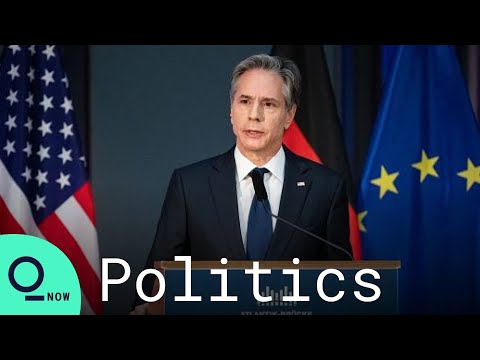 “Ambassador John Sullivan delivered our written response in Moscow,” Blinken said during a press conference. “All told, it sets out a serious diplomatic path forward should Russia choose it. The document we’ve delivered includes concerns of the United States and our allies and partners about Russia’s actions that undermine security, a principled and pragmatic evaluation of the concerns that Russia has raised, and our own proposals for areas where we may be able to find common ground.”

Russia’s Foreign Ministry announced just ahead of Blinken’s announcement that the written response had been delivered.

Blinken did not comment on the specifics of the written response and said the document would not be made public by the U.S. and he expressed hope that Russia would also keep it private.

“We made clear that there are core principles that we are committed to uphold and defend, including Ukraine’s sovereignty and territorial integrity and the right of states to choose their own security arrangements and alliances,” Blinken said.

“We’ve addressed the possibility of reciprocal transparency measures regarding force posture in Ukraine, as well as measures to increase confidence regarding military exercises and maneuvers in Europe,” he continued. “And we address other areas where we see potential for progress, including arms control related to missiles in Europe, our interest in a follow-on agreement to the New Start Treaty that covers all nuclear weapons and waste increase transparency [and] instability.”

Blinken said the ideas offered by the U.S. are ones that could “enhance” security and also “address Russia’s stated concerns.” Still, the secretary of state warned that “we are fully prepared off on a moment’s notice to reinforce NATO’s eastern flank in the event of renewed Russian aggression” regarding Ukraine.

Blinken said Biden was “intimately involved” in creating the document, and allies and partners played a role as well.

Blinken indicated the administration’s position in regard to at least one of Russia’s demands – for a formal ban on the expansion of NATO and permanently excluding Ukraine – remains unchanged.

He said that the U.S. “will uphold the principle of NATO’s open door,” calling it “a commitment that we’re bound to.”

“The ball’s in their court,” Blinken concluded. “We’re prepared either way.”