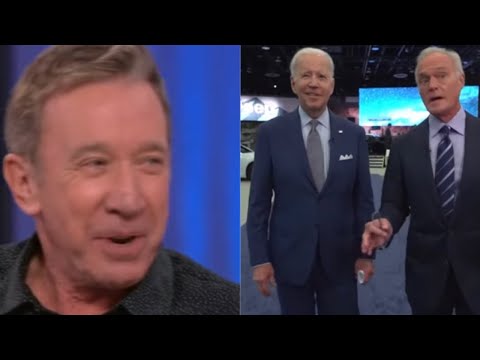 Tim Allen has gone viral following a joke he made about President Joe Biden.

On Monday, the 69-year-old actor issued a tweet following Biden’s appearance on “60 Minutes.”

“Biden was on 60 minutes. I heard he asked how long the show was,” Allen wrote.

Allen’s wisecrack was met with controversy, with many of Allen’s critics slamming him in the replies.

A number of Twitter users said Allen was being “disrespectful” to the president while others described the joke as “unfunny” and “lame.”

Online detractors also claimed that the “Home Improvement” alum was “irrelevant” and “washed up.”

“I think the funniest thing Tim Allen has done in the last 20 years assumes that he’s still in any way relevant,” one critic tweeted.

A few Twitter users claimed that Allen had been replaced as Buzz Lightyear in the latest installment of  “Toy Story”  due to similar comments.

“And this, kids, is why Tim Allen isn’t the voice of Buzz Lightyear anymore,” one social media user wrote.

A number of fans defended Allen following the controversy over his Tweet. Several Twitter users pointed out that the joke was fairly innocuous.