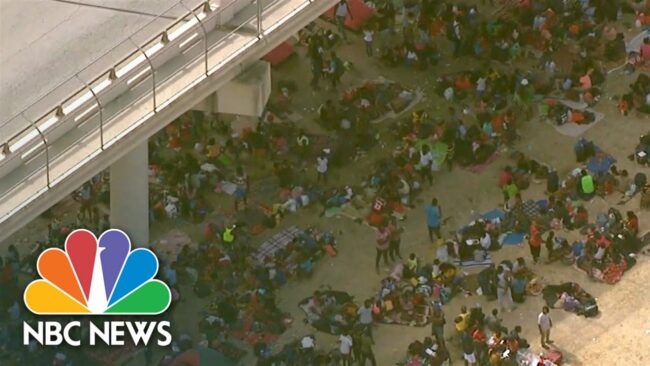 Thousands Of Migrants Sheltering Under A Bridge Are Forced To Leave

The squalid camps of Haitian migrants that were under the Del Rio International Bridge were reported to be vacated Friday with some being allowed into the U.S.

“As of this morning, there are no longer any migrants in the camp underneath the Del Rio International Bridge,” Department of Homeland Security (DHS) Secretary Alejandro Mayorkas said Friday.

The DHS quickly relocated the migrants to U.S. Customs and Border Protection processing centers along the southern border. As a result, the facilities are working above capacity and seriously overtaxed.

Mayorkas said Thursday that a “very small percentage” of migrants expecting clearance were released into the country.

“It’s a minority of the individuals,” the DHS secretary claimed. “They are placed in immigration enforcement proceedings where they appear before a judge and if they in fact, make a valid claim to remain in the United States, then of course we honor that. And if not, they are removed as well.”

Department officials refused to give a specific number of the migrants that had been released.

The Biden administration’s previous claims that migrants faced immediate expulsion was disputed by government officials who told The Associated Press that migrant releases were taking place on a “very, very large scale.”

The White House was reported to have set Friday as the deadline to clear the encampments at the bridge ahead of a scheduled Black Lives Matter protest there this weekend.