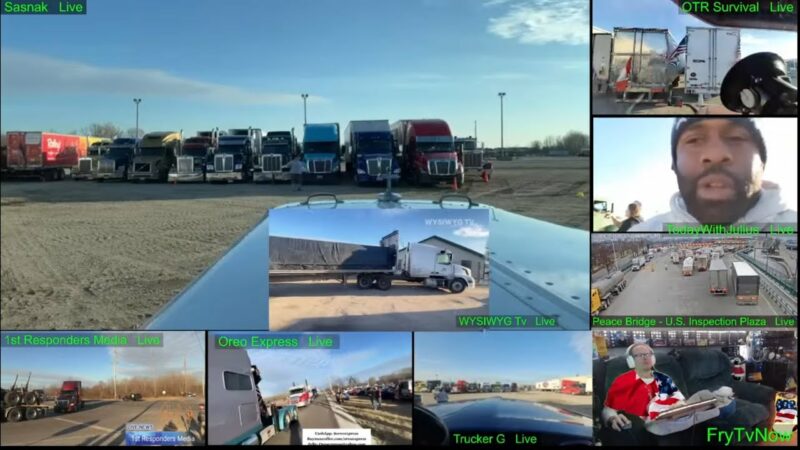 “The People’s Convoy” Makes Pit Stop In Indiana Before Rolling On Towards D.C.

Thousands of Americans from across the country gathered in Monrovia, Indiana on March 2, to show their support for “The People’s Convoy,” which is comprised primarily of truckers who were inspired by the anti-mandate protests in Canada.

Brian Brase, one of the organizers said on Feb 28. that “almost all of the convoys are joining us along the route” as they travel toward Washington, D.C.

Even though the convoy is primarily truckers thousands of people from different backgrounds have also joined in.

Organizers spoke at the event on March 2,  thanking the crowd for their attendance and support for their cause.

The night ended with people bringing out a massive flag, truckers honking their horns, and a fireworks show.

The convoy is set to arrive in the Washington, D.C., area on March 5.