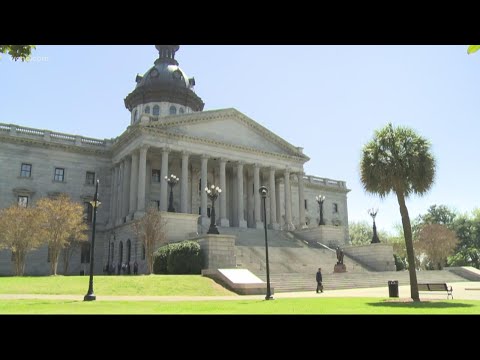 Republican lawmakers in South Carolina introduced legislation that would make it illegal for employers to ask their employees about their COVID-19 vaccination status, saying it’s private medical information.

The bill’s author said the legislation is needed because unvaccinated individuals are suffering unreasonable consequences.

“We have people in South Carolina that are losing their jobs because they have to report to their employer that they’re unvaccinated,” bill sponsor Rep. Mike Burns said. “We also have people who are having their insurance rates put in a different category. They’re charging up to an extra $100 a week more than the vaccinated people. It is absolutely insane to do this kind of thing.”

The legislation, H. 4848, was introduced on Jan. 20. would make it a criminal offense for any employer, business, nonprofit or public entity to ask about someone’s COVID-19 vaccination status.

Burns argued that asking about vaccination status should be off-limits, just like asking a woman about her pregnancy status.

The legislation would make asking vaccination status a misdemeanor, that would carry a fine of up to $14,000 and/or one year in jail.

While the Supreme Court recently banned the Biden administration’s vaccine-or-test federal mandate on employers with over 100 employees, this legislation would block South Carolina employers from voluntarily implementing vaccine requirements.

Burns recognizes the legislation has little chance of becoming law as only “about 5% of all the bills” that are filed become law. Still, Burns said he wanted to take action because “people are getting pretty sick and tired of these mandates.”

Over 80% of all people age 5 and older in the United States have had at least one COVID-19 vaccination dose, according to the Centers for Disease Control and Prevention (CDC). The vaccination rates in South Carolina are lower than the national average, with about 62% of all eligible residents getting at least one dose, according to the South Carolina Department of Health and Environmental Control.