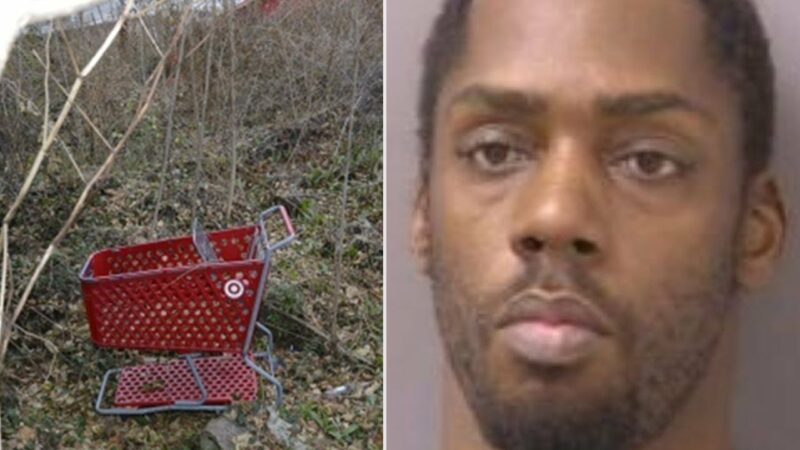 Virginia police have arrested one suspect who may be responsible for at least four deaths in the “Shopping Cart Killer” case.

The killer gained the title “Shopping Cart Killer” by looking for potential victims on an online dating site then meeting them at motels, killing them, and then using a shopping cart to move the bodies. Police believe Robinson to be responsible for at least four murders in Virginia.

Robinson addresses in New York, Maryland, and Washington, D.C., suggesting that he could be responsible for other deaths or disappearances that authorities are currently looking into.

Cheyenne Brown, 29, has been identified as one of the victims and was pregnant at the time of her disappearance in Washington, D.C. Robinson met Brown on a dating site and was last seen alive on video surveillance at the Huntington metro stop with Robinson.

Police are urging anyone who knows Robinson or may have more information on the  “Shopping Cart Killer” to come forward.

And, yet, we have too many blacks incarcerated. Whatever are we to do?

Democrat. … figures . Yet they cry blacks are targeted , one wonders why ??? It was once said whites need to stop acting so white , well that go’s both ways . Before yall start crying about my answer here know I am a half breed , but that still doesn’t give me the right to hurt or in this case kill others . If my words hurt your little feelings then so be it . Do try growing up some and stop this crazy crap . Killing is no way to live . Theres Enough deaths already in the world . If you kill , You should die for it . Doesn’t matter who or what color your skin is . Everyone should know this already , but still killings go on . One still wonders why blacks killing blacks is OK but if a cop ” no matter their color ” kills a black it’s racist and the protests start . Doesn’t matter what the criminal did to deserve death , only the fact he or her was black matters . Maybe blacks need to stop acting so black . like they say about whites acting so white . That’s all I have to say about that .