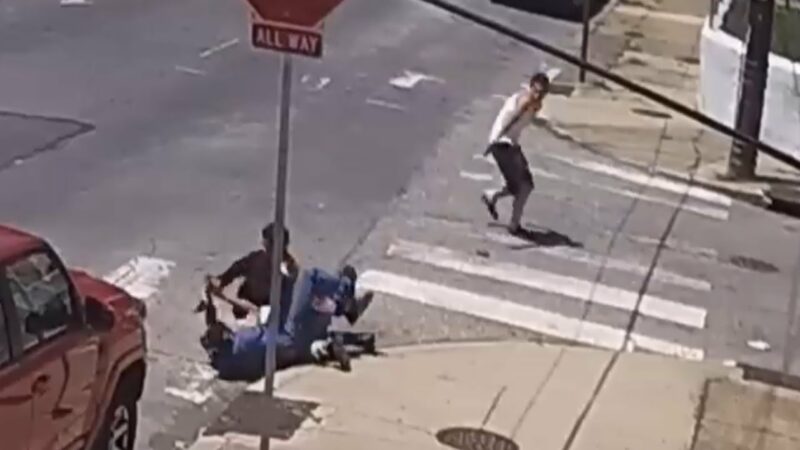 A Philadelphia man was seen on dramatic video turning the tables on two would-be armed robbers as he wrestled a gun away from one suspect and shot a second suspect who charged him at gunpoint on Monday afternoon.

The attempted robbery occurred just before 2 p.m. on the 4200 block of East Cheltenham Avenue in the city’s Wissinoming neighborhood, police said.

Police found the unidentified 46-year-old victim lying in the road at the intersection of Cheltenham and Erdrick streets with gunshot wounds to his buttocks and left ankle. He went to the Jefferson Torresdale Hospital in stable condition.

Surveillance video shows the victim and one of the suspects in a physical struggle that spills from a sidewalk into the street.

Both suspects retreated to a dark SUV and fled, according to authorities.

Officers recovered a weapon from the scene. As of Tuesday, there had been no arrest.

The incident comes as Philadelphia continues to fight a citywide crime wave.