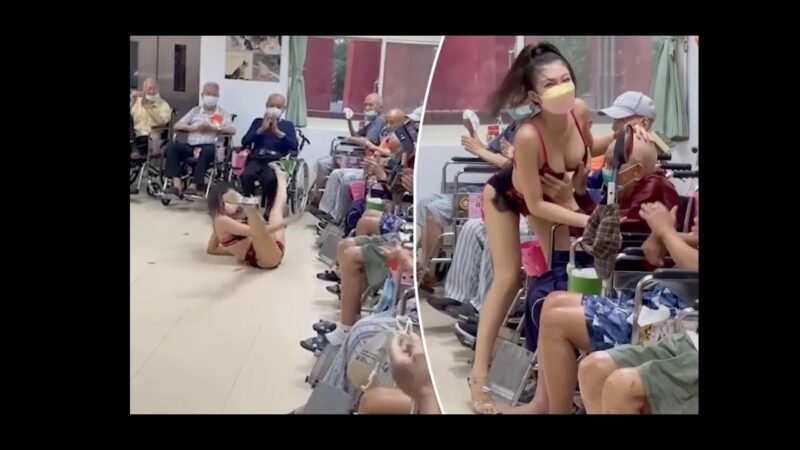 Nursing Home In Hot Water Over Hiring Stripper For Residents

A nursing home has been forced to apologize for hiring a stripper to perform for senior citizens in wheelchairs.

The Taoyuan Veterans Home, a state-run facility for retired army personnel in Tawain, hired an adult entertainer for a raunchy performance to celebrate Mid-Autumn Festival — an important holiday in Chinese culture, whereby people gather to celebrate the rice and wheat harvests of the season.

The man didn’t seem to mind and can be seen squeezing the woman’s breast as she leans into him. Other nursing home residents cheered and clapped, delighting in the raunchy show.

However, the facility was hit with backlash and subsequently released a statement saying: “The intention of the event was to entertain residents and make them happy. We are very sorry for the offense that was caused.”

A nursing home spokesman said they had arranged for the stripper to perform a show to “lift the residents’ spirits.”

A facility spokesman added that there was also a more sedate game of bingo and some karaoke in an adjoining nursing hall.