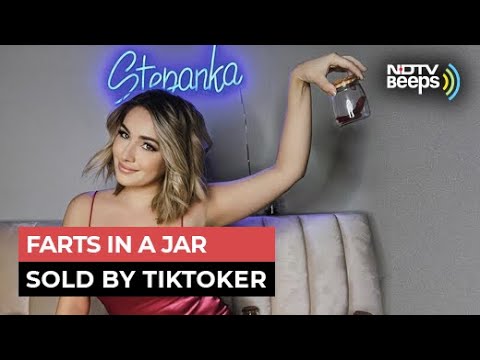 An OnlyFans model famous for selling her farts in a jar claims a “wealthy” NBA player paid $100,000 to fly her and a friend out to Vegas for a “night of farts and fun.”

Stephanie Matto posted a TikTok video to Instagram on Monday showing her and fellow “90 Day Fiancé” reality star Stephanie Davinson, holding several items, including the laxative Miralax, with the caption “when an NBA player pays us 100k to fly to Vegas for a night of farts and fun.”

Matto, who became famous on the reality TV show, claims she has earned approximately $200,000 selling her farts in a jar. Matto said some jars sell for upwards of $1,000. But the reality star turned fart entrepreneur said “it’s not just the scent” that people like.

“People really like the novelty of it,” she said, according to the outlet. “Some of them do have fart fetishes, and a lot of them asked me to make videos of myself farting in the jar before I send it out. But I think a lot of them just want the full experience.”