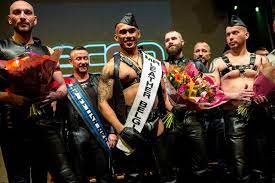 There have been three confirmed cases of monkeypox linked to a homosexual fetish festival in Belgium, health authorities said Friday.

Several European countries have reported cases in the last week, and the World Health Organization is looking into whether some of the outbreaks spread within the gay community.

The Darklands Festival in Antwerp has been linked to all three confirmed cases of the disease in Belgium following four days of partying that began on May 5.

The festival’s organizers said on their website that the Belgian government had asked them to inform attendees that the outbreak was likely caused by a festival-goer bringing the sickness from abroad.

“There’s reason to assume that the virus has been brought in by visitors from abroad to the festival after recent cases in other countries,” the organizers said.

Darklands is a ticketed event that describes itself as a collaboration of clubs and organizations employing 150 volunteers and hosting daytime commercial events along with evening parties.

It is a self-described gathering where the “various tribes in the gay fetish community (leather, rubber, army, skinhead, puppies…) come together to create a unique spectacle of fetish brotherhood,” according to its website.

Monkeypox is not typically fatal but can cause serious symptoms including aches, fever and exhaustion. It often causes a rash which can begin on the face and spread to the genitals.

Typically the disease does not spread easily among humans but can be transmitted through close contact with an infected person or linens they have touched.