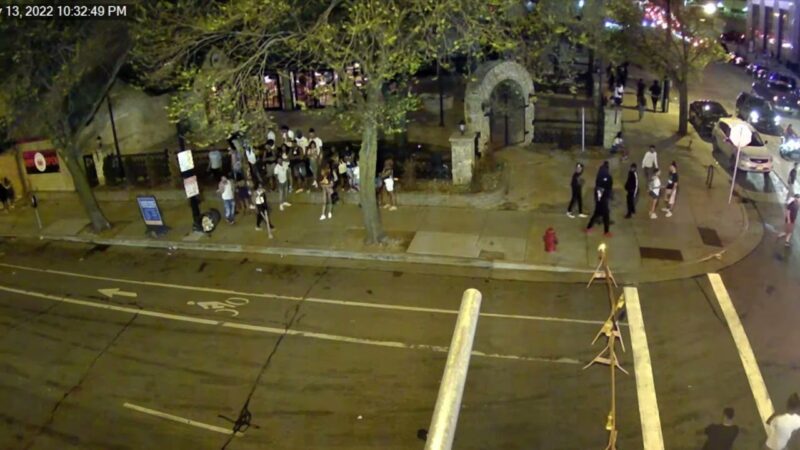 The Milwaukee Police Department has released a disturbing video of a shooting that left 17 injured Friday night only a few blocks away from the Fiserv Forum, where the Bucks and Celtics were playing an NBA playoff game.

The incident occurred around 10:30 p.m. at the intersection of Water St and Highland Ave. There have been 10 arrests made so far and police are hoping that releasing the video will lead to more information.

Surveillance video that captured the shooting shows a group of individuals walking down the sidewalk before stopping at the corner.

As another group approached from the opposite direction, someone in the first group pulled out a gun and began shooting.

People were frantically running for cover and two people from the second group were hit by cars while trying to flee.

“This behavior will not be tolerated not only downtown but nowhere in the city. Period. We are not going to accept this behavior as any new normalcy in regards to our community,” Police Chief Jeffrey Norman said Tuesday.

The shooting was one of three that night in Milwaukee’s broader downtown entertainment district. There were four people injured in the other incidents and one arrest was made.

There were 11 guns recovered in the wake of the shootings with several of those arrested being prohibited from owning firearms.