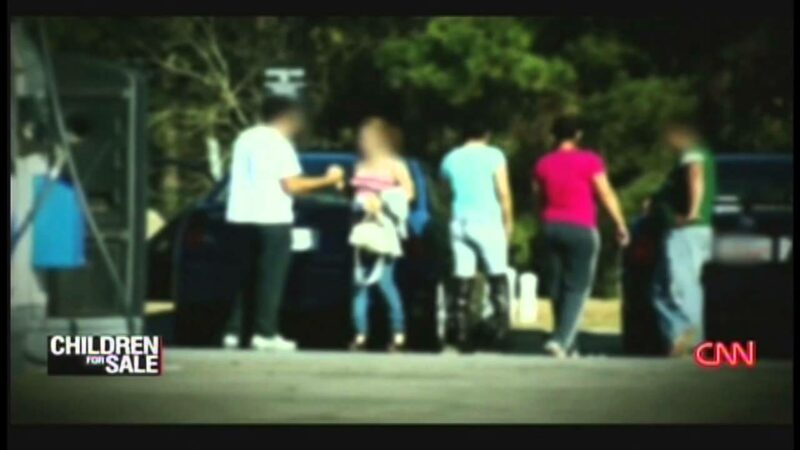 In a reprehensible move, a group of Mexican nationals who were attempting to cross into the U.S. illegally tried to solicit a news reporter to take a “little girl” to help them get into the country.

While reporting from the border in Yuma, Arizona, the reporter described a group of migrants who were trying to cross the border into Yuma while Border Patrol agents were working in another location.

“The two men you see here are actually walking back to the Mexican side. They were actually Mexican nationals that were trying to cross into the country illegally. They saw border patrol so they actually started to walk back. But they actually tried to get me to drive them into Yuma and one of them said that he would offer me a nine-year-old little girl if I did it,” he said.

Mexican nationals crossed illegally with a large migrant group from South America were trying to convince me to drive them into Yuma and would give me a 'little girl' in exchange, after I refused and they saw border patrol finally arrive they headed back to Mexico pic.twitter.com/QHe2NIJ096

He said the migrants did not have a child with them but promised they could get him a child as young as nine.

“My initial reaction was just pure shock that they would say something like that so casually, like as if it was completely normal.”

“They just kept trying to convince me to drive them in my truck into the town of Yuma and they were really concerned about being apprehended by border patrol which is the opposite of other migrants who actually want to be apprehended,” Ventura said.

Border patrol agents told him they had encountered illegal migrants from more than 30 different countries over the weekend in that area.

Republican Yuma Mayor Douglas Nicholls declared a local emergency Thursday due to the “unprecedented numbers of migrants entering the city … resulting in a humanitarian and border crisis.” The city will now be eligible for state and federal funds to help “mitigate the crisis,” which has seen a staggering 2.647% increase in encounters since Oct.1.

According to Nicholls the surge in migrants is overwhelming local resources and harming the community’s agriculture industry because migrants passing through on foot encroach “on active production fields” resulting in “food safety concerns and the destruction of crops.”

Life in Mexico is cheap…which is why we don’t want them here.