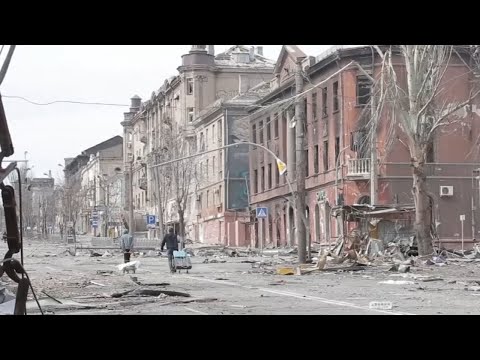 The mayor of Mariupol, Ukraine, said Monday that more than 10,000 civilians have already been killed by Russian forces.

Mayor Vadym Boychenko said he fears the civilian death toll could rise to over 20,000 in the weeks ahead.

Boychenko accused the Russians of blocking humanitarian aid into the city to hide the carnage from the outside world. Roughly 120,000 civilians in the city have been cut off from food, water, and communication with the rest of the world.

Russia has sent mobile cremation equipment to Mariupol to dispose of the bodies of their victims.

“Mobile crematoriums have arrived in the form of trucks: You open it, and there is a pipe inside and these bodies are burned,” Boychenko said.

Residents who do not pass the “filtration camps” are sent to Russia or separatist territory in Ukraine while improvised prisons are being constructed.

Russian soldiers opened fire on a car of civilians who were fleeing Mariupol on March 16, shooting 11-year-old Milena Uralova in the face.

Secretary of State Antony Blinken said on March 23 that Russia had committed war crimes in Ukraine following Russian strikes on a Mariupol maternity hospital and theater. President Joe Biden said on March 16 that he believed Russian President Vladimir Putin is “a war criminal.”