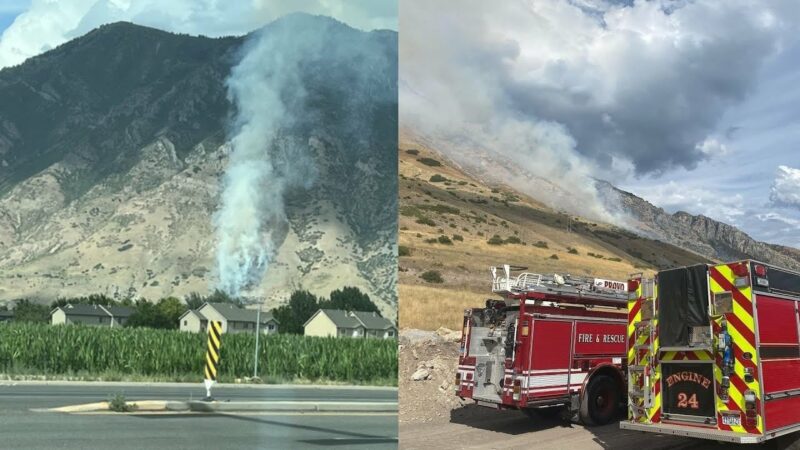 The Utah County Sheriff’s Office (USCO) said deputies arrested a man in possession of drugs after he started a 60-acre wildfire near Springville, Utah while trying to kill a spider with his lighter.

The local fire department was called at about 4:45 p.m. and arrived within minutes. When Springville Fire Chief Henry Clinton and Police Chief Lance Haight arrived on the scene, they saw a vehicle and a man walking with his dog on an access road on the mountainside.

“So really we went up there really to save his life,” Clinton said. “We weren’t thinking he lit the fire. And then as we approached, we had to stop because he was blocking the road. We got out, and he just offered: “There was a spider!”…It didn’t make any sense to me…So I just looked at him and said ‘What spider?’”

During the arrest, deputies discovered a jar containing marijuana and drug paraphernalia in Cory Allan Martin’s backpack. Martin had been hiking in the foothills south of Salt Lake City close to Springville when he started the wildfire.

“What led him to stop and notice a spider and decide to try to burn it, we don’t know,” Cannon said. “There may not be a why. He might not even know a why.”

Martin was arrested and booked into the Utah County jail on possession of marijuana and drug paraphernalia and suspicion of reckless burn.