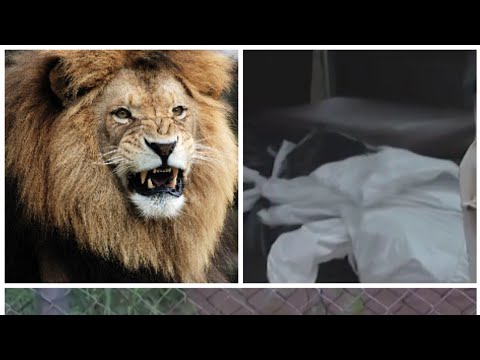 A man was mauled to death after entering the lion enclosure at Accra Zoo in Ghana over the weekend, according to local authorities. It was lunchtime when the security patrol spotted the man scaling a tall fence and entering the enclosure with a lion, a lioness, and two lion cubs.

Authorities are looking into the motive of the middle-aged victim. Unconfirmed reports indicate that the man was planning to steal a pair of lion cubs.

Lions are one of the top animal attractions at Accra Zoo, located in the Achimota Forest in Ghana’s capital city of Accra. The zoo houses a number of wild animals, including crocodiles, monkeys, camels, and large tortoises.

The state Forestry Commission on Sunday confirmed that the “intruder was attacked and injured by one of the adult lions.

They also stated that none of the animals escaped during the attack, and the enclosure remains secure.

The lion attack prompted the temporary closure of the Accra Zoo to the public until further notice.

The lions may feel their cubs are in danger of being taken away when you come too close, according to Benito Owusu Bio, the deputy minister for Lands and Natural Resources.