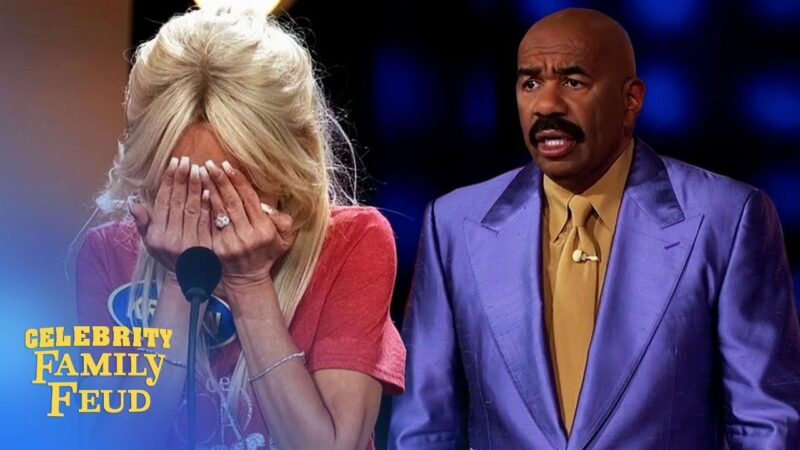 Chenoweth, 54, left host Steve Harvey speechless when she gave an unexpected answer to a question.

The “Bewitched” actress was first to buzz in when Harvey asked, “After the lips, what is your favorite part of a man to kiss?”

“It rhymes with heinous,” Chenoweth responded, although the network beeped out the word.

Surprisingly, it was not one of the most popular answers on the board.