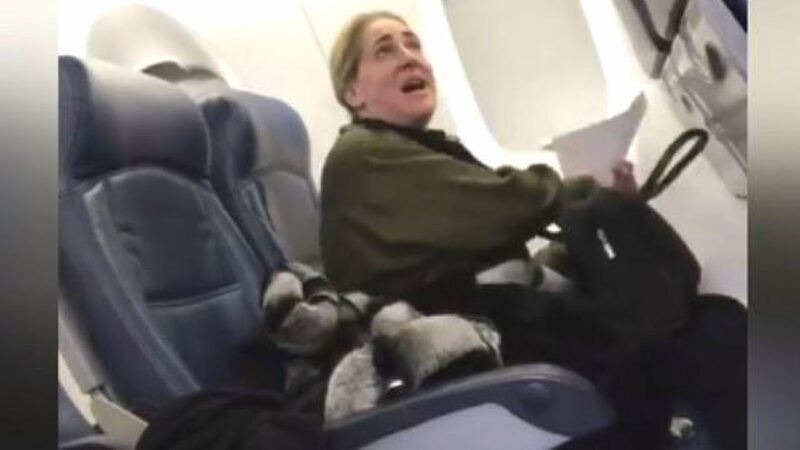 An extremely rude female passenger has been booted off a plane for refusing to sit next to a baby when the plane was about to take off from JFK Airport in New York.  Everything was caught on video, shared, and uploaded on June 1 by @lockedinout. The video has gone viral, garnering more than 20 million views so far.

The footage shows the woman saying she would not sit next to the infant while the mother replied that her child would cry for the entire duration of the flight.

Other passengers were uncomfortable, due to the female passenger screaming at the mother. A flight attendant offered to put the woman on the next flight. The angry female passenger refused the offer, arguing that she was traveling for work, threatening her, and demanding the Delta employee tell her name  “I want your name. You may not have a job tomorrow,” the woman said.

At this point, the flight attendant begins the process to have the woman kicked off the plane, saying: “I want this lady off the plane.

The person who shared it on TikTok claimed on the video that the woman, who worked for her local council in New York, lost her job after the incident went viral on the internet.

The footage received hundreds of thousands of comments:

Another wrote:”‘ I didn’t hear the baby, I heard her crying”

Another commented: “ She literally threatened her job and thought she was gonna stay on ??? LMAOOO”