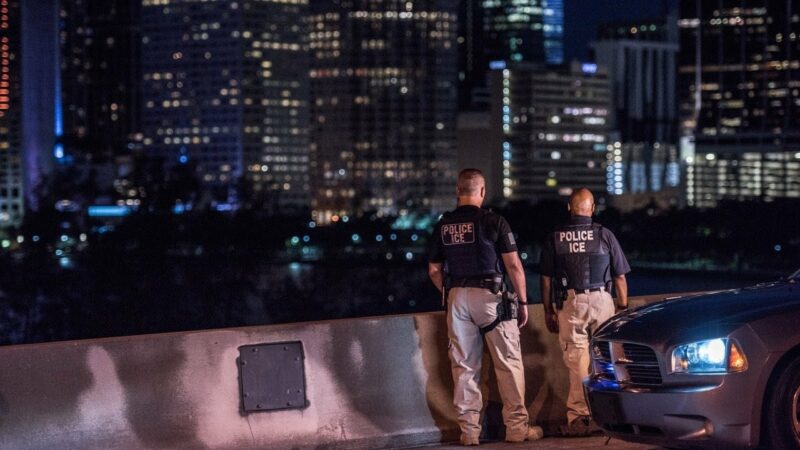 U.S. Immigration and Customs Enforcement officials released details of their intention to deliver court documents to 78,000 illegal migrants who were released into the U.S. after crossing the southern border this year.

The documents outline the procedure for migrants to make their case before an immigration judge in order to be allowed to remain in the country. Immigrants will receive a notice to appear in court as well as additional information typically required for regular processing.

Immigration and Customs Enforcement’s (ICE) “Operation Horizon” will prioritize tens of thousands of migrants who weren’t fully processed at the southern border for deportation proceedings.

“U.S. Immigration and Customs Enforcement is mailing charging documents to place noncitizens who have been paroled or released under prosecutorial discretion by Customs and Border Protection (CBP),” in removal proceedings, the agency said in a statement. “Noncitizens are being directed to their closest ICE Field Office and will be processed using the information collected by CBP as evidence of citizenship and removability.”

These are some of the documents ICE will send to migrant families as part of "Operation Horizon," a plan to place tens of thousands of migrants who crossed the US-Mexico border this year in deportation proceedings.

Illegal migrants are typically given notices to appear in immigration court upon crossing the southern border unless they are taken into federal custody. If a migrant fails to show up for their court date, the judge could potentially flag them for deportation proceedings.

Immigration officials were unable to keep up with the paperwork required to issue formal notices to appear for the tens of thousands of migrants who crossed the border starting in March, therefore migrants were given a notice to report to an ICE office within 60 days to officially start their proceedings instead.

A notice to appear typically takes 60 to 90 minutes to complete for each individual, however, notices to report only take officials about 10 minutes to issue. The notice to report does not officially start a migrant’s immigration proceedings.

Border officials encountered over 1.7 million migrants at the southern border between September 2020 and September 2021, according to CBP data. Approximately 61% of the migrants who were taken into custody were expelled to Mexico or other home countries.