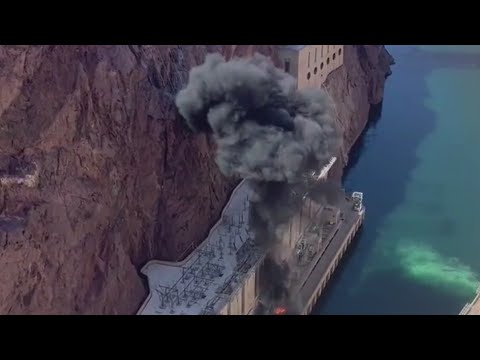 The Boulder City Fire Department responded to an explosion at the Hoover Dam in Nevada Tuesday morning, officials confirmed.

The explosions occurred around 10:00 am after a transformer at the dam caught fire.

“The fire was extinguished before Boulder City Fire Department arrived on the scene,” the fire department wrote about a half hour later. “Bureau of Reclamation/ Hoover Dam will be handling any additional questions.”

The cause of the incident is under investigation. No employees or visitors were injured in the incident, and the power grid is not at risk, the Bureau said.

Tours of the dam were briefly paused for about 30 minutes, but have since resumed.

The Hoover Dam is located along the Arizona-Nevada border and provides power for Nevada, Arizona, and California.
Subscribe
Login
0 Comments
Inline Feedbacks
View all comments
Previous Post
Next Post