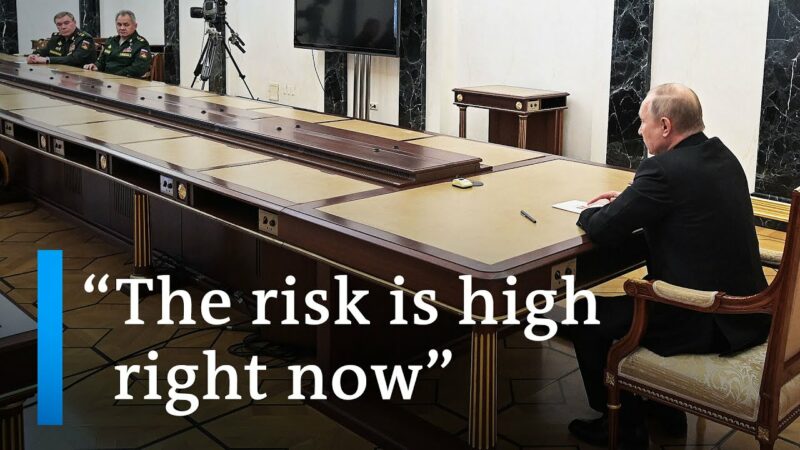 The U.S. government has advised Americans to social distance in the event of a possible nuclear attack, according to a bulletin issued Feb. 25, 2022.

As part of the bulletin’s warning, individuals are told to immediately get inside the nearest building to avoid radiation and then remove contaminated clothing that might have come in contact with fallout debris from the attack.

Pending further instruction, individuals are instructed to remain indoors for 24 hours and “continue to practice social distancing by wearing a mask and by keeping a distance of at least six feet between yourself and people who are not part of your household.”

The bulletin allows an exception for “children under two years old, people who have trouble breathing, and those who are unable to remove masks on their own.”

The director of public affairs at the Federal Emergency Management Agency (FEMA), Jaclyn Rothenberg, said in a statement the language regarding social distancing had not been updated in response to the Ukraine-Russia situation.

“COVID protocols were originally added in 2020, and pages are now going through reviews to update that language based on new CDC guidance that was just released.”

President Joe Biden ignored questions from reporters Monday about whether he believed Putin would use a nuclear weapon.

“Try to maintain a distance of at least six feet between yourself and other people so you’ll have room to kiss your butt goodbye.”